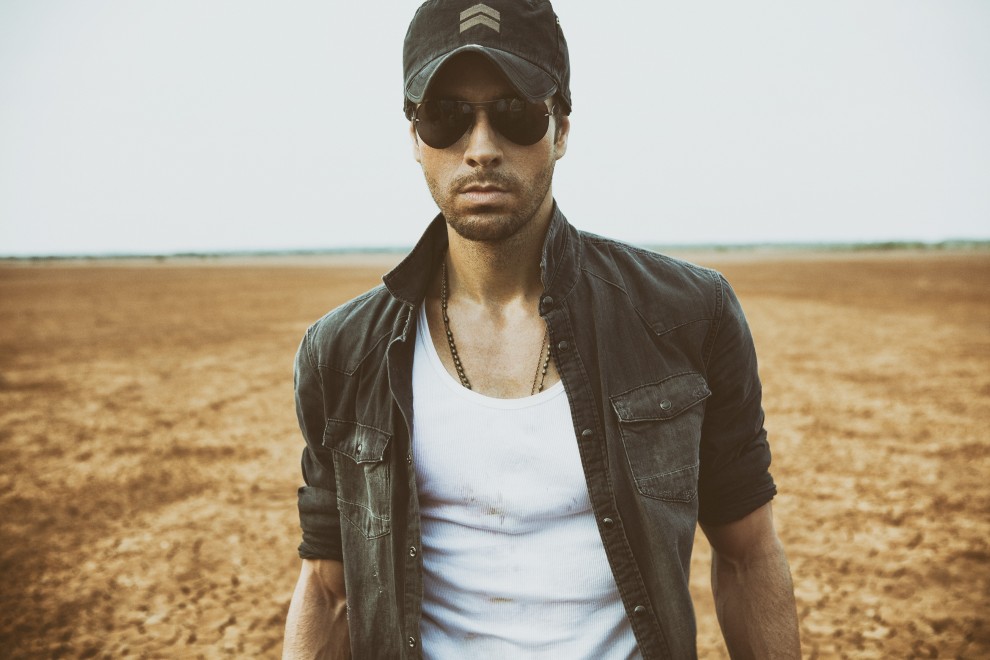 Fans of Enrique Iglesias will be delighted to hear that the 41 year-old music star will be releasing his eleventh studio album later on this year. This comes after he has released his Spanish single hit entitled, “Duele El Corazon” that features Tinashe and Javada. This song has also just been released in English and will naturally also hit the US airwaves and take the English-speakingworld by storm, too!

The lyrics fit well to form a storyline combined with the depicted scenes in the music video. It is about an old love of Enrique’s character with a woman that used to be an happy relationship, but since the woman has left him for her current, abusive husband it went downhill for her. In the video, Enrique’s character comes together with her but the powerful, rich abusive husband manipulates this by shooting at and kidnapping Enrique in order to prevent her leaving him for Enrique as the meeting was intended for – but as he finishes up on the kidnapping the woman arrives just on time to witness the ordeal and her wounded love, strongly disapproving the abusive husband’s actions.

He orders Enrique out of the abduction vehicle (helicopter) and lets him go, as the master plan failed (he ultimately wanted to prevent the meeting to keep the girl for himself instead, but ends up with her witnessing the kidnapping and his crime). It is visible that the abusive husband hestitates to let him go, but the video knows an happy end as Enrique is released to the girl to re-unite. However, the video ends with a scene of Enrique leaving on his own without his true love and the helicopter passing over, implying she still went off with them, therefore sketching the scenario that the girl arriving to the ordeal only saved him from malicious intent or worse faith that would result from the kidnapping, as it was interrupted in progress, and additionally gave them room for meeting each other instead of coming back together

Enrique was recently spotted with his beautiful long-time, tennis player girlfriend Anna Kournikova in The Palm Restaurant in Beverly Hills while they were enjoying a quiet and romantic dinner together. This press attention could be regarded as disparate treatment as the couple value their privacy a great deal and do not take kindly to media pictures.

Enrique and Anna have been together since 2001 and some even speculate that they may even be married without fans even knowing!

As the son of Julio Iglesias, Enrique is famous for having sold over a whopping 159 million records around the world. He is therefore one of the most successful Spanish musicians of all time with over 150 number one songs on the Billboard Charts in several countries. Having had a total of 5 Billboard Hot 100 top 5 singles, which includes 2 number one singles, Enrique Iglesias holds the world record for producing the most number of chart topping number one hits for a Spanish-language artist on the Billboard’s Hot Latin Tracks charts. In addition to this, Iglesias also has the world record for the most number of number one hits and the longest-running Spanish number one song on this list.