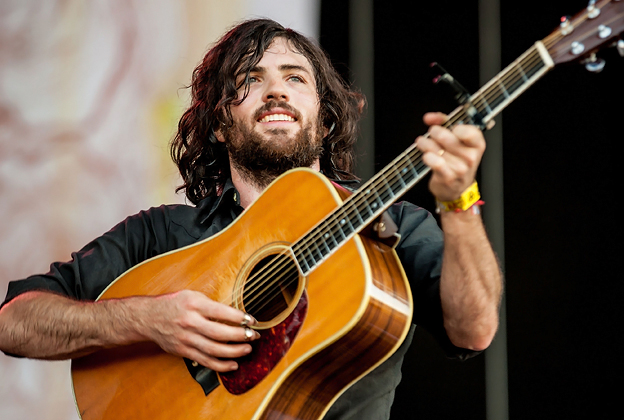 Martin guitars – they may not have flashy, recognizable names like Fender’s Telecaster and Stratocaster models, but when you’re looking for the best sounding instrument, you don’t care about glitz and glamour. All you need is the quality craftsmanship and gorgeous acoustic tones that are now synonymous with the brand. And you aren’t alone. Countless of artists from all different genres choose the unpretentious yet highly dependable sound of a Martin acoustic guitar.

Formerly known as C.F. Martin & Company, the guitar manufacturer has over 175 years in the instrument making business. Ever since day one, it has used innovative techniques to create high quality acoustic instruments, including mandolins and ukuleles, but it’s the acoustic guitar that made the company so famous – particularly the business’ groundbreaking use of certain design features in their guitars. Before any other manufacturer could popularize it, C.F. Martin & Co. developed the now customary X bracing as an internal support of the soundboard and back pieces of their guitars. They were also one of the first manufacturers to produce guitars with steel strings on a large scale.

Over the centuries, Martin expanded its inventory, experimenting with signature series and special designs. But no matter how they grew as a company, C.F. Martin & Co. has always been committed to delivering the best quality. Musicians from complete novices to established experts have come to rely on the Martin brand, regardless of genre. From bluegrass and country to rock and folk, musicians all over the world play on these guitars, including Elle King, Father John Misty, The Avett Brothers, and City and Colour.

Perhaps the most famous supporter of Martin guitars is Willie Nelson, who has toured the world with the same Martin N-20 for nearly 50 years. He and his guitar have been together for longer than some couples stay married, and the years of hard playing shows. Nicknamed Trigger, the N-20 is almost as iconic as the man himself – known by Willie fans for its rough appearance. But as a testament to the Martin brand, its worn down finish (covered in the signatures of famous rock ‘n’ rollers) and a gaping hole behind the strings has done nothing to affect its sound, and Willie continues to record and perform with it to this very day.

Martin acoustic guitars are so popular that most of the brands’ series can be found at any fine music store in your area. If you live in Canada, why not stop by Long-mcquade.com/locations/ to find your closest store. As the largest supplier of quality made instruments in the country, they have a huge selection of Martin guitars, including the popular X and Road Series. There’s something for every style and budget.

From one musician to another, you’ll never know which model is for you until you take it for a test ride, so spend some time exploring the sound of the Martin brand. Try each series and spot the differences, while weighing their pros and cons. Regardless of which one you choose, you know you’re in good hands by choosing a Martin.