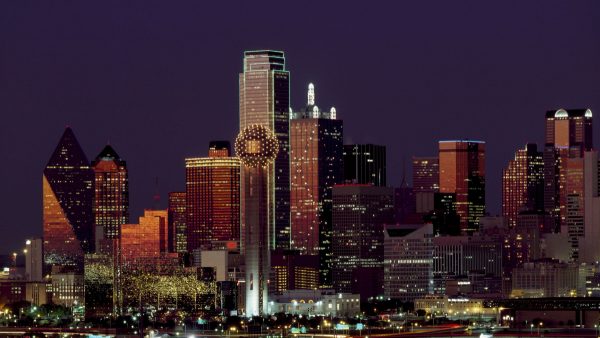 Why Are So Many People Moving To Texas?

Texas holds THREE of the spots in the top 10 fastest-growing US cities according to Forbes recent figures. Various reasons are responsible for this Texan population boom. Natural increase due to more births than deaths is one of these phenomena. Nonetheless, more people are moving from other US states and abroad to Texas. Here are just a few of the reasons why.

Residents of Texas pay no personal state income tax. The state has an inconsistent take from property taxes that have caused disgruntlement among homeowners. Nonetheless, few states have a lower individual tax burden compared to Texas as documented by Tax Foundation research. Also, businesses are offered tax incentives enhancing business growth atmosphere in the state in return.

Land is cheaper in Texas. Also, the process of land acquisition in the state is more efficient than in other American states. Time spent on acquiring building permits for home construction is less than in other states. There is high land supply and fewer regulations.

The state government is friendly which creates an excellent business attitude. This flexibility and strict lending rules protected the state from recent housing market crash.

Texas is home to six of the 20 biggest cities in the US. Contrary to other states that have one or two big cities, this state attracts more urban dwellers. One can stay in Austin, Houston, El Paso, San Antonio, Fort Worth, or Dallas.

Texas is popular with families due to good housing value. Some of its cities have more children compared to other states. San Antonio is recognized as home to the biggest gay parents’ community. The state has conventional mortgages and excellent schools in all levels of education. Texas education excels in national tests with a low drop-out rate.

People move to Texas for employment. Exceptional oil and gas boom turned Texas into an economic giant. In fact, world’s energy capital is situated in Houston. Also, strong growth in business service, tech, and manufacturing sectors has attracted a significant number of people to the state. The high-wage opportunities also attract top-ranked professionals.

The state has jobs for university graduates and blue-collar jobs hence catering to everybody regardless of their academic qualifications. Recent studies reveal that four of the top 10 metropolitan areas ranked for job growth are in Texas. The state boasts having a sizeable military presence with many veterans making Texas their home.

In a standard sense, Texas is liberal which translates to minimal regulations. This phenomenon applies to city rules and business regulations. Although the state government does not implement much to help residents, they do not get in people’s ways. This strategy is responsible for the rapid growth of various economic sectors in the state.

Furthermore, Texas has the strongest email privacy laws in the US. Therefore, Texas state government gives its residents and visitors a chance to thrive by eliminating most hiccups and restrictions. Want to move to Texas? There are a lot of great communities you will enjoy!

Kota Tyler, a long time resident of Austin, Texas, enjoys working his ranch and spends as much time as he can on horseback. On the weekends you will most likely find him practicing roping for an upcoming rodeo or visiting the local pubs to enjoy the local music with his wife, Kristi.

previous article
If You Need A Reason To Start Walking, Read This
next article
First Steps To Recovering From Water Damage