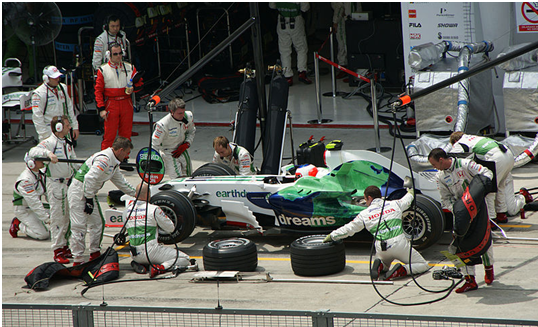 Why Are F1 Pitstops Controversial?

There has been much controversy in recent months over pitstops in Formula 1. Many critics argue that they are too complex and too fast, which has caused a number of accidents in recent times, including broken limbs. They are calling for pitstops to be slowed down or for new procedures to be introduced.

There have been various pitstop incidents over the last year. Stoffel Vandoorne was released unsafely from a pitstop during a practice race for the Chinese Grand Prix, while there were two Kimi Raikkonen releases that were deemed unsafe in Bahrain, including one during which a member of the crew broke his leg.

Too fast and complex

The FIA president Jean Todt thinks the current pitstops in Formula 1 races are ‘too complex’ and that they should be refined to be safer or slowed down. Refueling was banned in 2010; since then, the time for a pitstop has reduced by an average of four seconds. This has led to pitstops now only being around 2.5 seconds long.

Some people have called for a minimum pitstop time to be introduced; however, this has been an unpopular suggestion, with all teams desperate to achieve a perfect, smooth and fast pitstop. Pitstops are an important part of Formula 1 and the choreography and skills of the pit team will continue to be a crucial element in race results.

It is also great for crowds to watch a skilled pitstop. Race fans can watch from various vantage points, such as the viewing platform at the F1 Paddock Club Hungary. It is possible to reserve viewing spaces such as this from sporting events companies such as https://edgeglobalevents.com/f1-paddock-club/hungary/. With a superb view, race-goers can watch the pitstops closely and enjoy the skills and speed of the mechanics in addition to the excitement of the race. 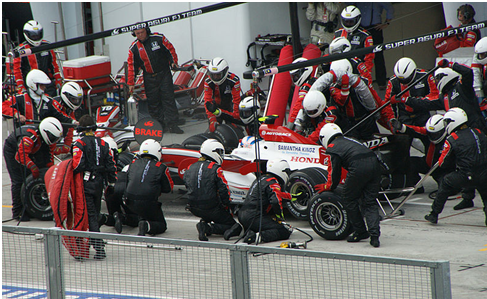 The increase of automation

There have been many innovations in pitstops, such as semi-automated sensors telling a driver when the change is complete so that they can speed away as soon as possible. Automation has also reduced the number of mistakes made, which has led to any errors being more noticeable.

There are currently many different systems in place for different teams, each devising their own strategies. Critics want to standardise the system across all teams to keep pitstops competitive but make them safer and lower in cost.