When The Office Is A Construction Zone

Change can be good, but it often comes with hiccups and growing pains. That’s especially true in the construction industry. There are times of the year when drivers can’t get around town without running into orange cones and construction signs. It’s a price we accept in order to repave roads or add a turning lane. Simply put, it’s the cost of progress.

That’s also true when it comes to commercial building construction. If you live in a neighborhood where a new building is going up, you’ll probably hear pounding and drilling at all hours of the day. It’s annoying, but in a few months, you’ll have a new restaurant or coffee shop or drugstore to show for it. 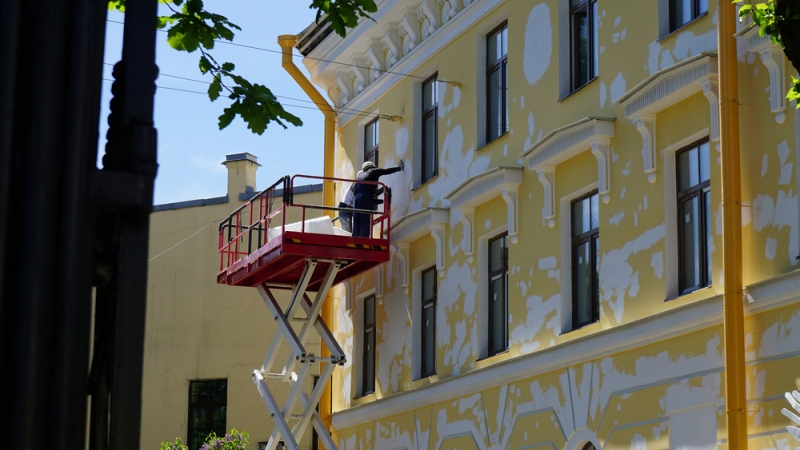 Your company should be emailing employees semi-regular updates on the state of things. For instance, they may need to clear out one part of the building for a week because of fumes. It’s also just nice for the company to keep its employees in the loop, since it’s pretty hard not to walk by the construction site and wonder how things are going. If the scheduled completion date was June and it’s now July, feel free to dash off a quick email to a higher-up asking about the status of things.

Some employees could focus on Excel spreadsheets in the middle of a tornado, but there are plenty of others who will have trouble staying focused while work is being done on the building. That’s OK. If you’re one of those employees, talk to your manager and see if there’s any way you can be moved to a quieter office. If not, ask if you can work from home one or two days a week. Considering how messy construction can be, your bosses should jump at the opportunity to have fewer people wandering around the building. That doesn’t mean they will, but it can’t hurt to ask. Just stay polite and calm. Don’t cry and tell your boss that you close your eyes at night and see men in orange vests, even if it’s true.

It’s hard to feel normal when there’s so much going on that feels atypical. That’s true regardless of if workers are installing new light fixtures or building an entirely new floor. Things will feel unsettled for a while. You might as well embrace it rather than deny it. Feel free to joke around with your coworkers about the construction zone that used to be your office. You’re in a weird situation, but at least you have company.