The Splendor Of The Southeast

There are some parts of the country that have to be seen. The mountains of Montana and the beaches of California are among them. One area that’s often overlooked, though, is the Southeastern United States, namely Alabama and the Florida panhandle.

Visiting the “Heart of Dixie”

Alabama has a few nicknames, among them “The Cotton State” and “The Yellowhammer State,” but you’ve probably seen the “Heart of Dixie” on Alabama license plates. It’s true that Alabama is very proud of its Southern heritage. It’s also proud of college football, so you better be ready to say “Roll Tide” when you visit. Alabama was the site of plenty of historical moments in the civil rights battle, including the Montgomery bus boycott and the Selma march. The state’s biggest cities are Montgomery, Birmingham, and Huntsville, but there’s plenty of charm to be found in the smaller cities, too. Head to the southern part of Alabama and you’ll find Dothan, a town of about 68,000 with plenty of activities. Each fall, the National Peanut Festival draws thousands of visitors to the self-proclaimed “Peanut Capital of the World.” While you’re there, check out a concern or dine on some of the delicious Southern cuisine. 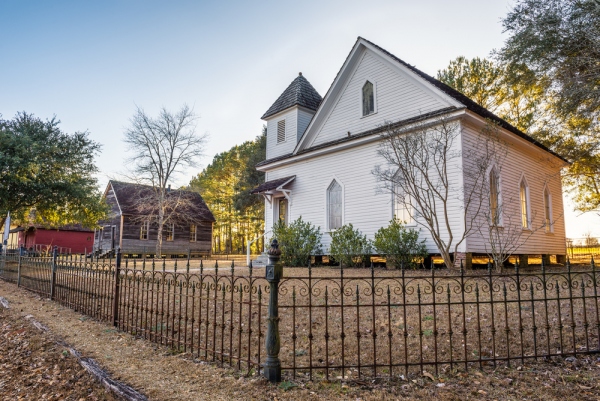 Dothan is just about 16 miles from the Florida state line, so once you’ve had your fill of peanuts, keep driving south to another underappreciated part of the country.

The far west reaches of Florida

There’s way more to Florida than the theme parks of Orlando and the nightlife of Miami. The Florida Panhandle is about two hundred miles long, and it contains some of the most pristine beaches in the state. St. George Island is on a barrier island known as The Forgotten Coast. You’ll find the Gulf of Mexico on one side and Apalachicola Bay on the other. In between are gorgeous white-sand beaches. Rent a vacation home on the island for a family vacation you’ll never forget, or just take a romantic getaway with your significant other. Either way, you’re sure to get plenty of sun and sand.

The Florida Panhandle has a lot more in common with the Deep South than it does it with places like Miami and Orlando. That comes with both advantages and disadvantages. If you hear someone refer to the panhandle as “Redneck Riviera.,” that means they probably aren’t a fan. But that’s their loss and your gain. That part of Florida is full of friendly people and amazing food, regardless of if you prefer fried chicken or freshly caught fish. The aquamarine water is beautiful to look at it and a lot of fun to swim in. Just be careful if you’re visiting during hurricane season, which runs from June to November each year.

Once your stay at the beach house is over, you can turn the car northeast towards Tallahassee, the state capital and home to the Florida State Seminoles (that part of the country really likes its football). Regardless of if you’re seeking sports, sandy beaches, or something else, you’ll find just about everything in the Southeast.

previous article
When The Office Is A Construction Zone
next article
Do You Need A Lawyer After Your Car Accident ?