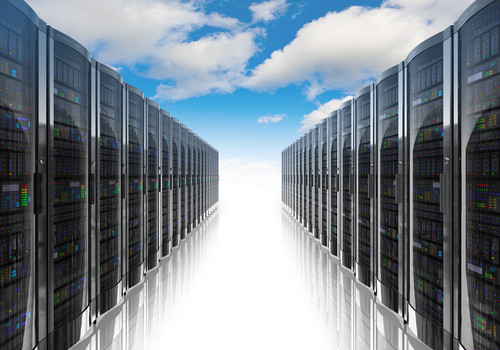 There was a time in the 2000s when the idea of virtual servers for a data center was an amazing thing. The ability to create multiple virtual servers on one physical server literally launched a company, VMware, and fundamentally disturbed the giant tech titan social club enough that Microsoft had to try and create its own version, which at the time failed miserably.

Some 10 years later, virtual server management is a standard (you know this when government is adopting the technology like it’s the latest new thing – they’re always the last to the table). In the meantime, the creator of this once-new platform, VMware, has hit the maturity point of its product lifecycle, but with each new release of their famous software the company keeps reminding everyone why VMware’s version of virtual land sets the par for everyone else.

Now You See It…

The fundamental change of virtualization has been as much of a change to the IT world as the invention of the car to transportation, just not as vivid or up front. That’s because virtual server management has always worked in the background as part of the infrastructure of a network versus the visual bells and whistles. Here are some of the most vivid samples: the ability to easily restore backup systems versus files off of backup tapes; the ability to run cloud servers with massive capability to segment and scale at ease; the ability to reconstruct a server in a matter of minutes versus a matter of days; server maintenance that takes a few hours versus days and entire weekends.

There is no question that virtualization has changed the IT world for the better, and it will be the network administrator who is the biggest cheerleader of it. As for the end user, the biggest benefit they see is huge movement to cloud servers versus tradition physical networks.

From a program management perspective, virtualization allows easy implementation of new enterprise system programs, storage movement and expansion, database management, and even quick changes to desktops at the end user level. The tool also comes with so many automation features, companies can find efficiencies and savings by running only the machines actively being used and turning off the rest, savings on the margin with electricity unused.

All of the virtualization Genesis started appearing on the radar around 1999, but no one really took it seriously. Then, in 2003, VMWare really started rocking the world with their product, a finished tool that really worked and worked well, creating an onion of layers out of a single physical server. There were the usual stakeouts to try and squeeze the new tool out of existence with software proprietary limitations, like not being allowed to run on a virtual server, but that ended within a few years because the market wanted far more and voted with its dollars. No matter how stubborn, even the big tech titans are slaves to the sales dollar. Eventually the world changed, and we are where we are today, with VMware the grand queen of the market, and lots of competitors who have very valid, viable substitute products that work as well.

We’re spoiled today, and far better off for it.

Katrina is a product specialist, solving issues for your computer server and power needs at Racksolutions.com