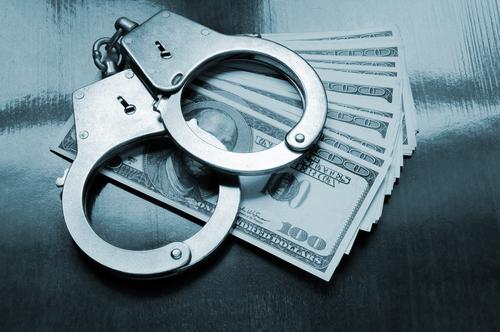 Money Laundering Goes Hand In Hand With Other Crimes

One of the reasons why there is such a lot of financial crime these days, is down to the fact that a lot of people are struggling financially. When people don’t have money, opportunities arise to provide people with money or funding options. Not all of these options are going to be legitimate or above board, but the problem is, many people feel desperate and feel as though they have to take whatever financial solution comes their way. This has long been the case and there is nothing new about criminals taking advantage of the difficult situation that some people find themselves in.

In recent times, most of the concerns about loans in the UK has fallen on payday loans and companies like Wonga. While the people behind these firms will say that they offer a much needed service aimed at giving people a chance to improve their financial situation, you often find that people end up in a more difficult financial position after using this service than they were in than when they started. There is a great deal of focus on payday loans, and hopefully there are tighter rules and regulations coming in which will ensure that these firms have to provide a fairer service.

Of course, if payday loan companies are more closely regulated, some people will say that this will just provide an opportunity for loan sharks to come back to the fore. The emergence of payday loan firms means that there has not been a great deal of media focus on loan sharks, but they still exist, and they can still cause a great deal of trouble and concern in local communities. The service provided by legal payday loan companies is bad enough but it is the service provided by loan sharks, and the underlying threat of violence, that causes so much trouble for a lot of people.

In the middle of May 2015 in Greater Manchester, dawn raids took place on the homes of two people who were suspected of operating as loan sharks. The raids took place in Heywood and in Beswick with the police and the National Illegal Money Lending Team, the IMLT, executing warrants in order to recover cash and cannabis. A 55 year old man and a 29 year old woman were arrested on various charges including production of a Class B drug, money laundering and suspicion of illegal money lending. The pair were held in police custody for questioning.

Detective Inspector Anthony Norman said: “Illegal money lending can entrap desperate people and lead them into a life of spiralling debt, fear and anxiety. When illegal money lenders ensnare a victim, they will do anything to extract as much money as possible using a range of tactics such as exorbitant interest rates, intimidation and even violence. This can affect anyone, any person can be the victim of these people and once they are caught in this cycle it can be incredibly difficult to break free.”

Some people may argue that if someone is willing to agree to the terms provided by a money lender, they are clearly happy to do the deal, and that a service is being provided. There are problems though, and the threat of violence that runs alongside the way that loan sharks is never too far away. There is also the fact that loan shark activity is commonly found alongside other criminal activity, and this is where money laundering becomes so prevalent with these crimes.

After all, there is a need for criminals to try and make their money as clean as possible, in order to minimise their risk and exposure. No matter how the money was earned, if it can be cleaned and then shown to be as normal as possible, there is an improved chance of the people involved with the crime avoiding detention. Money laundering can be extremely complex, which means that specialists are involved with all sides of the work.

People investigating money laundering have to have a high understanding of the way that money is placed, layered and integrated and of course, solicitors defending people accused of money laundering charges have to provide a high standard of service and representation. There are often many legitimate reasons why people have money and it can often come down to opinions and how strongly a case is made with respect to the path of the money.

Andrew Reilly is a freelance writer with a focus on news stories and consumer interest articles. He has been writing professionally for 9 years but has been writing for as long as he can care to remember. When Andrew isn’t sat behind a laptop or researching a story, he will be found watching a gig or a game of football