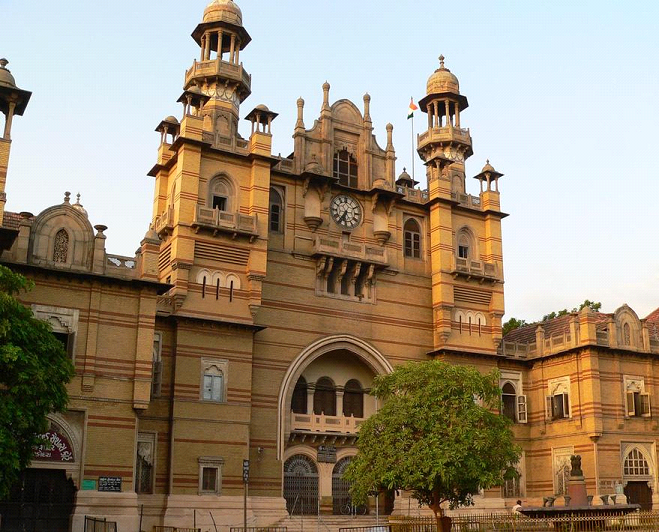 The Grandness Of Lakshmi Vilas Palace Of Vadodara, The Kala Nagri

Vadodara is the major cultural city of Gujarat. Its lakshmi Vilas Palace is four times the size of the Buckingham Palace of England. The city of Vadodara offers many attractions for tourists. Read on to know more.

Vadodara is third largest city of Gujarat. It was earlier known as Baroda. It is located along the Vishwamitri river and its distance from Gandhinagar is about 140 km. Vadodara is slotted as the top ten fastest growing cities of India. Vadodara hotels have seen a rise in visitors in recent year as Gujarat tourism is attracting more and more people. The city is well connected to road, rail and air routes. World Heritage site of Champaner & Pavagadh is located near Vadodara and remains one of the main attractions for tourists since long. You would have a enjoyable time as you stay in one of the hotels in Vadodara and go about exploring the city.

There is the Lakshmi Vilas Palace of the Gaekwad dynasty of Marathas from the old times. It is the largest private dwelling of the world and its size if quadruple the size of the Buckingham Palace of England. The interiors and architecture look lavishly european since it was made during 1890 at a huge cost. The royal family of the city still resides here. The magnificence of the palace cannot be described sufficiently in words. It has a highly decorated Darbar Hall which sometime hosts some cultural programs and musical events. Its Venetian floor, Belgian glass windows, and mosaic walls are a sight to watch. Courtyards with water fountains, vintage armory, rare sculptures, etc. are other wonders of this palace. Visitors can tour the palace. Lakshmi Vilas Palace spans across an area of 700 acres. There is a museum inside the palace.

Origin of Vadodara goes back to 812 AD when some traders settled here. Later on, Hindu kings ruled here till 1297. The cultural roots and traditions of the city are rich and run deep. Vadodara is also known as Sanskari Nagari because of this reason. A number of traditional festivals are celebrated in Vadodara since a long time. It is known as a vibrant place for Garba dances and bustles with people during the Navratri. Navratri is the biggest ceremony of Vadodara and Gujarat. Dance and music fill the air in every nook and corner in the month of October. Local grounds are organised into Garba grounds during this period and people dance in the Raas and Garba style.

Ganesh Chaturthi, Uttarayan, Holi, Eid, and Gudi Padwa are some of the other festivals that are celebrated here with much fanfare. Uttarayan is an interesting festival in which the sky are filled with flying kites. During the night, cracker and fire balloons brighten the sky. Owing to the active indulgence of the city of Vadodara in arts and architecture, it is also called Kala Nagari at times. Visitors spend a few days in order to cherish the cultural and touristic aspects of the city. You can make your stay just more pampering by staying at one of the 5 star hotels in Vadodara. You can explore palaces, buildings and monuments, museums and gardens, and take excursions to a number of refreshing sites around.

Author Bio: Sandeep is an experienced travel consultant, who enjoys travelling and loves to write about the destinations he has been to and shares his experience. He also writes about travel tips, world’s best holiday destinations, Vadodara hotels, travel packages, and flight information.

previous article
How To Lose Weight With Herbal Remedies?
next article
Tips To Enjoy A Long Train Journey