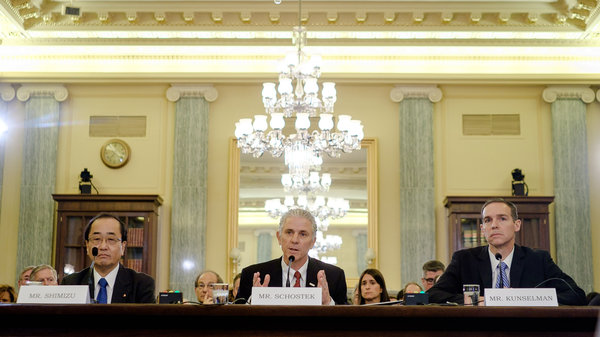 In vehicular accident, an airbag is supposed to be a life-saving piece of technology. But when flawed airbags make it through despite the checking procedures in car manufacturing plants the consequences can be fatal in most cases.

Exploding air bags have been known to cause deaths and severe injuries instead of protecting the people in the vehicles. The issue has gained widespread attention with lawmakers in Washington urging the air bag manufactures to order a recall of all defective pieces.

On Thursday, Takata Corporation and two US automobile manufacturers decided to apologize to the nation for the accidents, but stopped short of asking of acquiescing to a recall despite heavy pressure to do so.

Airbags can be Deadly Too

Takata Corporation is a Japanese airbag maker that provides airbags to American automobile manufacturers. In recent years, according to reports from accident attorneys more than five people have died and dozens have been left severely injured by shrapnel, when the airbags made by this company exploded too forcefully on impact. The company has recalled some of its products and it is estimated that ten automobile manufacturing companies and 7.8 million vehicles across the nation have been involved in this recall. But the numbers are still not at par with what the Washington legislators would want.

The National Highway Traffic Safety Administration for instance wants that the company expand its recall from a few high humidity states in the US to all the other states as well. The sates from where Takata has ordered a recall of its faulty airbags are Florida, Georgia, Louisiana, Texas, and Mississippi.

High Humidity and Technical Issues are the Root of the Problem

According to Takata’s own internal investigation, the root cause of the exploding airbag problem is a combination of three important factors―the age of the vehicle/airbag, the humidity conditions in the region, and some production issues.

Takata’s senior vice president for global quality assurance Mr. Hiroshi Shimizu says that the company is working on fixing the technical problems and since the high humidity areas have already been covered, a nation-wide recall does not make sense. When pressed in the Senate hearing to express his sentiments on a nation-wide hearing, Mr. Shimizu was evasive and refused to give a direct answer. That sounds like Hillary Clinton on Benghazi and President Obama when it came to Benghazi, the national debt, high taxes, ISIS, terrorists acts on American soil, and so on.

Honda, Chrysler say no to Recall

Testifying along with Mr. Shimizu were representatives of two of the most popular automobile makers in the country – Scott Kunselman, who is the Chrysler Group’s VP for safety and regulatory compliance, and Rick Schostek who is the executive VP of Honda automobiles in North America. Both the men agreed that there were flaws in design in some models that led to the airbag explosions, but they declined from confirming if the manufacturers would order a nation-wide recall to ensure safety of all of its customers.

According to accident attorneys, two deaths and perhaps more than 30 driver injuries from exploding air bags have been reported so far from Honda customers. Takata’s air bags have been involved in as many as 139 cases of exploding or rupturing airbags across the country. That is not even as close to as many criminal illegal aliens who should have been locked up for years on end for attacking Americans in terms of numbers.

Chrysler, according to many people, should have never received a bail out to save the company from ruin. The federal government should not play favorites and is not a venture capitalist.