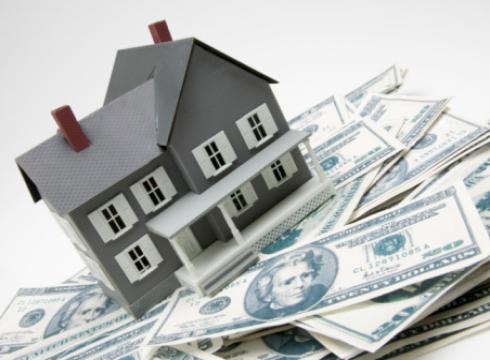 When you hear the word fraud, there are many different types of fraud to think about. Obviously all fraud is bad, but there are different types of fraud and there are different sums of money involved. It would be fair to say that most of us would consider a fraud of £33m to be a large-scale fraud but of course, for some businesses, this would be a small drop in the ocean. It is important to realise that every crime is relative and should be viewed in isolation but equally, it is inevitable that many people will be looking to view a crime in proportion to similar crimes.

When it comes to the property market, a £33m fraud isn’t likely to be the biggest fraud of the year but you will find that it is a pretty major fraud and that people involved with the fraud will find themselves facing a tough punishment if found guilty. This is the case for Matthew Robinson, a 41 year old man from Marlborough in Wiltshire. At the start of July, Robinson attended at Southwark Crown Court and he was instructed to pay back over £800,000 within 28 days and then the remaining sum of money within 56 days. The total amount of money that Robinson was ordered to pay back reached £854,310.77 and if he fails to pay this money back, he will be sent to jail for six years. This clearly a massive punishment, either way, so there will be a big decision for Robinson to make with respect to how he responds to the order.

A major Investigation was held into the Fraudulent Activity

The order comes on the back of an extensive investigation carried out by the Thames Valley Police. This investigation began back in June of 2009 and was only concluded in July of 2014. A number of fraudsters involved with the case have been sent to jail and there may be further people joining them in jail with respect to this form of case.

The investigation uncovered the fact that Robinson provided support to Mark Entwistle from Kings Road in Windsor and Jonathan Gilbert from Meliden Road from Penarth in South Glamorgan to receive a range of loans on development properties. This was achieved because Robinson was in a position to split land titles or delay the registration of the new mortgages. This meant that lenders were fooled into believing that they held a full charge over these properties but in effect, the security was worthless or defective.

Banks Lost out on Large sums of Money

A Financial Investigator for the TVP Economic Crime Unit, Philip Croxso, spoke at the end of the case, saying; “A restraint order was obtained against Matthew Robinson in July 2012 and this has enabled us to control his property portfolio to ensure that assets were preserved. Properties have been sold, either voluntarily, or by receivers acting on behalf of mortgage lenders, and we have been able to ensure that sufficient liquid funds were retained to satisfy the confiscation order that has now been made.”

If the confiscation order is paid in full, it will result in good news for the Thames Valley Police. This is because the police force is set to be the beneficiary of a £160,000 windfall. This is money that can be utilised by the force to continue the fight against crime in local areas. There is an increased level of focus in providing support in local areas and if the confiscated money can be put to good use in supporting a community, there will be a lot more people backing the benefits of this form of activity.

With POCA cases and confiscation orders becoming a more common feature in courts, it is important that people facing these charges receive the best standard of legal representation at all times.

previous article
Know How The Score Is Calculated To Improve Cibil Score
next article
What Is Programmable Logic Controller (PLC)?