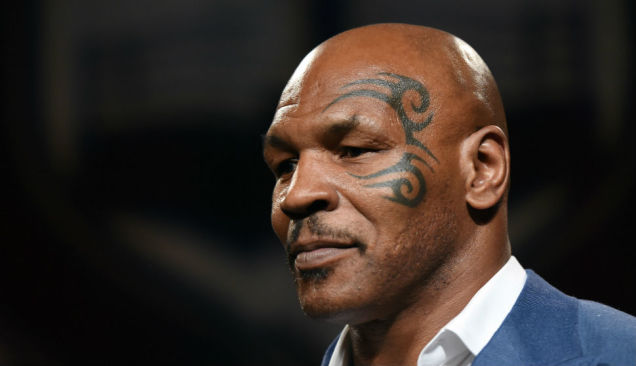 Well, this top is going crazy hot out there CP24 News anchor Nathan Downer felt threatened by Mike Tyson and figured it out soon and ended the show. What actually happened within the interview?

Here Nathan Downer is a Canadian TV anchor in a live interview with Mike Tyson this Wednesday, 10 Sep 2014; the anchor brought the earlier topic of the former heavyweight champion’s conviction for sexual assault.

In the interview the Canadian Anchor asked Tyson that his meeting with Toronto’s scandal plagued Mayor Rob Ford, ford is who recently came back after a rehab stint and seeking to re-elected.

Anchor Nathan Downer asked Mike Tyson that “Some of your critics would say there’s a race for mayor; we know you are a convicted rapist. This could hurt his campaign. How would respond?”

Mike Tyson was disturbed by the words and said “I don’t know who said that, and I don’t want to have any comment on that, because its negative and you are negative”.

Mike Tyson called Nathan Downer that “You are a piece of shit! XXXXXXXX [email protected]%k you

Tyson “I don’t care, what you’re gone do about it?

The conversation between went little serious and mike Tyson couldn’t hold it anymore and acting a little weird at that moment. Downer said it was really some kind of unfortunate situation with his question hurting Mike Tyson Feelings and that was not his intention.

“I’m okay everybody. Unfortunately, my question hurts Mike Tyson’s feelings. That was not my intentions. My apologies for the language”

“No ill will toward Mike Tyson. He lashed out at me and that’s okay. Not taking it personally”

Maybe this was so earlier in 1992 that Tyson convicted rape with an 18 years old scholarship pageant. And he served three years in prison, and in the years 1999 again convicted as assault and later in 2007 he pleaded guilty to cocaine charges.