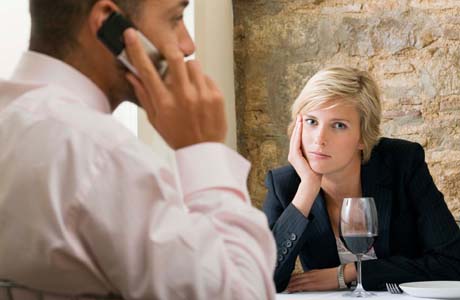 How Technologies Could Ruin Family Relationships?

The modern world is certainly a different place compared to just a couple of decades ago. People are now using social media, smartphones, cellphone and various Internet technologies. People are no longer need to meet with one another to communicate. This is applicable even when they rely so much on one another. It should be noted that if a communication technology becomes easier to use and more powerful, it will become more involved in emotional affairs. It becomes easier to talk to others, especially those of the opposite sex. Many people are in habit of communicating with some of the opposite sex, although they already have spouses.

What once started as friendly communication could eventually include some flirtatious tone, although this could seem harmless enough at first. People love to flirt and the feeling of being flirted with. This could be considered as a significant boost to someone’s ego. They could think that what they spouse doesn’t know will certainly not hurt them. Often, messages could start to get steamier, as more time passes. Eventually, sexual innuendo will start to appear and people could begin to hide such a communication and they could eventually go to the bathroom to read such communication.

It is important for us to avoid getting caught up with this kind of emotional affair. Eventually, this could work its way up into something truly physical. Such a behaviour doesn’t occur only in teenagers, but adults with families. Unfortunately, marriage isn’t just all about games and fun. They will encounter friction, problems and mounting stress. This would inevitably happen in a family, especially because multiple people stay in one house. Occasionally, people could miss those heady days of excitement and romance, but it isn’t possible for them to re-capture this. They may not have the ability and knowledge in how to regain those old feelings.

It’s quite easy to see why online emotional affair can be attractive to many people. This could be a relationship with very little consequences. There will be no commitments and hassles. In addition, people could get some great ego boost each hour for something that they believe totally harmless. Unfortunately, the truth is far from that, because in many cases, people could progress to a different direction. Once people find excitement from external sources, they could become more disinterested with their spouse and this will degrade their relationships. Families could eventually fail due to these seemingly harmless activities.

In reality, technology could help families to get closer with one another. It is possible for spouses to send romantic text messages to one another to keep the flame alive between them. When parents gather with children, they could use the technology to keep things exciting. They may watch entertainment content that they mutually love or play games together. Families should try to use the technology to improve their relationship and purposely invest on using technology that can enhance their quality of life.