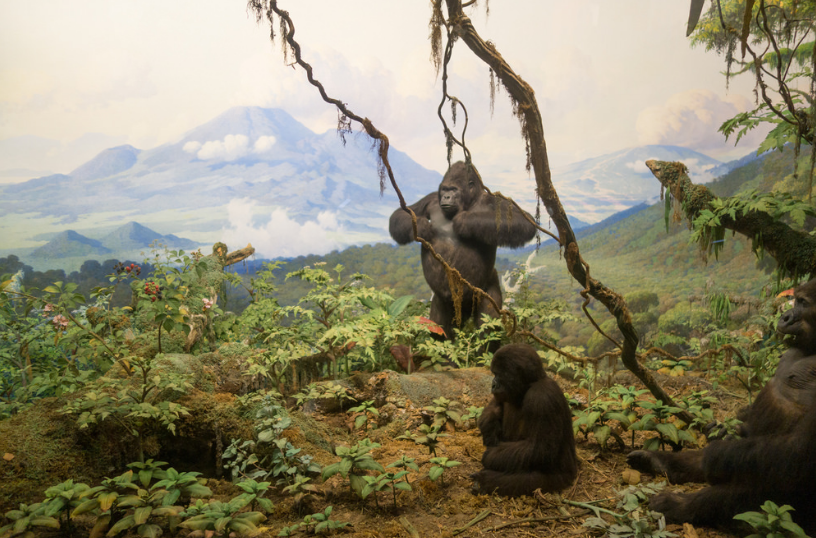 It’s hard to imagine a creature as majestic as the mountain gorilla going the same way of the Golden Toad and the West African Black Rhino. But with habitat loss, poaching, poor reproductive rates and disease all posing a significant threat to the species, extinction is a very real possibility.

Although conservation strategies have been somewhat successful in helping to preserve the species, the WWF state that there are just 760 animals left in the mountains of equatorial Africa, and none surviving in captivity. This means that they still remain critically endangered. Because of political unrest and armed conflict, it has been difficult to establish law enforcement in regards to the conversation of these wonderful animals, but the situation is gradually improving.

While traditional conservationists argue that humans shouldn’t interfere with wild animals, there is no denying that certain approaches known as ‘extreme conservation’ have helped protect the limited numbers of the mountain gorilla species. These include so-called gorilla doctors intervening and medically assisting sick or injured animals.

A large number of ‘trackers’ are also employed by the Rwandan, Ugandan and Congolese governments to follow the groups of gorillas living in the Virunga Mountains and Bwindi forest. Their primary objectives are to protect and observe. They ensure that no poaching takes place and record any births, deaths or mating rituals. They also try to habituate the animals to the presence of none threatening humans in order to help with tourism, the number one factor in protecting mountain gorillas from extinction according to the charity Gorilla Doctors.

Economic development of local communities, anti-poaching laws and habitat conservation have all been funded by tourism to the area. Those who opt to take a gorilla trekking holiday (like those available at http://www.steppestravel.co.uk) do so because they want to visit the animals in their natural habitat, and in turn they are the ones who are actively helping to keep that habitat alive.

The money raised though eco-tourism – a reported $15 million in 2014 alone – goes straight back into the surrounding communities. It helps to provide jobs which in turn reduces poverty and the consequent need for the locals to poach or decimate the forests for farmland and firewood.