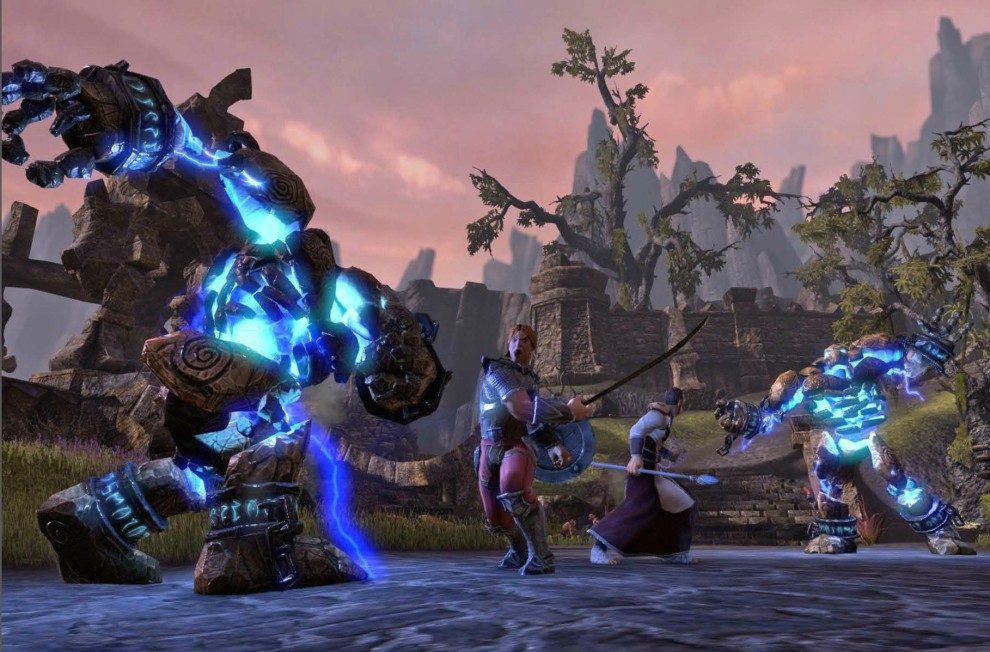 Rime tells the tale of a boy who needs to escape from a mysterious island by way of exploration and puzzle-solving. This cel-shaded adventure will tell its story without spoken narrative, and has been influenced by a wide variety of things, including films like Spirited Away and artworks by Salvador Dali.  It has already been compared to Team ICO, Journey and Wind Waker – we’re pretty sure it is going to be a unique and powerful experience.

South Park: The Stick of Truth

Written and voiced by Matt Stone and Trey Parker (the creators of South Park) this game will smack of authenticity. The player will take a highly customisable character into the world of South Park, visiting familiar locations and interacting with well-known characters in their quest to become cool. A massive arsenal will also be available in the quasi-fantasy quest, which is sure to be crammed with off-colour humour and awesome fun.

Ubisoft are finally going to take on the street-racing genre, and we’re pretty interested to see what the results will be. The Crew is an ambitious game that will take players across the USA in a bid to infiltrate a notorious street-racing game. Seamless multiplayer, customisable vehicles and varied terrains will be the order of the day in this action packed racer, which will also feature companion apps to make sure the action goes wherever you are.

When New York City is decimated by a lethal virus, basic services and society breaks down. The Division, a top secret team of operatives, is activated by the President, and take to the once-familiar streets of this giant city to deal with this emergency situation.

Bearing the Tom Clancy name, The Division promises to be action packed, tense and realistic. Exploration and RPG-style progression will add to what undoubtedly will be an action-packed thrill-ride.

Set around 1 000 years before the events in Skyrim, The Elder Scrolls Online is a much anticipated MMORPG that many are calling a potential WoW-killer. With a rich legacy spanning 20 years, this franchise seems made for an MMO environment, and a perpetual single-server will automatically place players with friends and like-minded players in this ambitious fantasy adventure. Deep customisation will also allow players to leave their mark on the vast world of Tamriel.

From Shinji Mikami, the creator of the Resident Evil series, comes a game that revitalises pure survival horror, combined with incredible graphics. When a homicide detective gets trapped in a strange, horrific world while investigating a mass murder, it is up to the player to survive a tortured and twisted world.

We’re hoping that this game lives up to its promises and gives us a real survival horror experience… we’ve missed them!

We love the idea of alternate histories, and The Order: 1886 will deliver just that. Set in a different version of Victorian London, this game will fuse technology and mythology in a tale that rewrites familiar history with strange twists. Playing as a member of an elite order of knights, the player will undertake missions in a world with gadgets and tech that never existed, and populated by mythological beings. It looks pretty exciting.

Sims fans, pay attention. The newest version of your favourite addiction will show improvements across the board, from improved AI to better tools and more intuitive, “hands-on” character creation. It’s hardly surprising to see that there is a new Sims game on the way, even as new expansions for The Sims 3 continue to roll out. And we’re pretty sure that the improvements to the title are going to amaze players the world over.

The good news is that there is a new Witcher game on the way. The bad news is that this title will be the final game in the series. But it also looks like it will be the most ambitious – and that’s really saying something. A true open-world environment will await players as the non-linear story evolves. Players will be provided with a massive world to explore, and tons of RPG-style action to enjoy as Geralt’s adventures come to a close.

previous article
There Are No Tricks To Loose Weight? There Are Things To Do
next article
Asus DSL-N66U Dual-band Wireless-N900 ADSL/VDSL Gigabit Modem Router