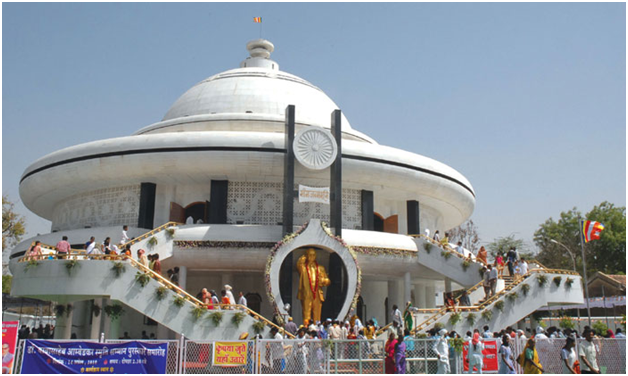 Nagpur is a major city in the\western state of Maharashtra but the city is located right in the heart of India. It is also famous all over the country famously as “the Orange City”, it being a prime trade area of oranges. Nagpur assumes its political importance as being the home to the Hindu nationalists, the RSS. As told, it lies particularly at the center of India and Zero mile marker, which indicates the core of India, is located here.

1. After the state Capital and Central financial capital, it is Nagpur which was the second most literary rate in the state with 89%

2. In the great epic war Mahabharata, Nagpur’s Vidarbha region was the sole neutral party during the war. It was then ruled by ruler Balarama.

3. All of India’s gold assets, the entire massive collection, are kept in the Reserve Bank of India at Nagpur. Also, apart from Kanpur in Uttar Pradesh, Nagpur is the sole city which is not called a state capital but still has a reserve bank.

4. Around 180 trains, every day, halt at Nagpur railway station. This makes it the busiest station in Central India which would also include the two states Chhattisgarh and Madhya Pradesh. The food delivery at Nagpur Railway Station thus caters to a more than 100 customers each day.

5. Nagpur Railway Station was made by the British in the year 1867.

6. The city has the subcontinents second biggest Air Maintenance Workshop. Also, it boasts of the busiest control room for air traffic in India.

7. It is known as the second most cleanest and greenest city in the country.

8. It is India’s 9th highly competitive place the 8th most consuming place in the country.

9. The city ranks 6th when it comes to the high number of rich people in India. In this matter, it leaves behind other bigger cities lie Jaipur, Bhopal, Kolkata, Kanpur and many more. The rich people come under the category of those who earn more than one crore per annum.

10. The city is the headquarters of the RSS which is India’s oldest Hindu nationalist organization. It also is home to the National Fire Training Institute of Maharashtra, Pepso WCL, Handloom industries, Haldirams (the world’s biggest manufacturers of namkeens and sweets, and lots more.

11. The Nagpur University is India’s 9th oldest one. The city has 6th most number of Indian students perceiving graduation.

12. It has won the Times of India Award for being the best Indian city to live in three times.

If you have a friend or relative in Nagpur, share these fun facts with them and make them feel proud.