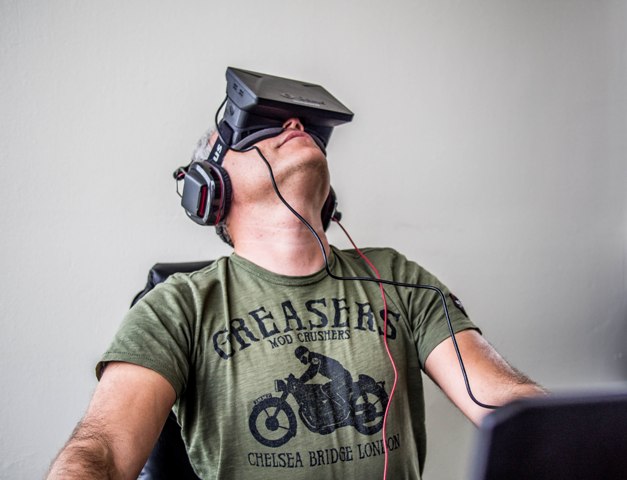 At the recent Game Developers Conference in San Francisco, the topic on everyone’s mind seemed to be virtual reality. After serving as an inspiration for science fiction writers for decades now, the idea finally seems to be ready to make a jump into the mainstream.

While the idea of mass-market virtual reality games seems to still be years away, the variety of prototypes and developer’s kits available for demonstration at this year’s conference clearly indicates that the technology exists to make virtual-reality games happen right now. According to technology expert, Jason Hope, (https://www.facebook.com/jason.r.hope) being at this year’s Game Developers Conference felt a lot like being on the cutting edge of a paradigm shift in the way we view gaming.

“It’s always exciting when you’re standing at the very beginning of whole new technological paradigm, and you know it’s just about to take the world by storm,” said Jason Hope. “That’s what’s going on now with virtual reality. Anyone who doubts that it’s coming soon should have come to conference, and they could have seen for themselves that virtual reality is going to completely change our entertainment and storytelling experience—not just the gaming business.”

Already, the first name in the virtual-reality industry seems to the Oculus Rift. The company, which is supported by some of the biggest names in the video game industry, shipped about 60,000 copies of its previous developer’s kit for last year’s Oculus VR, and is back this year with a vastly improved new model. A developer’s kit for the Rift device is currently selling for $350, and is expected to start shipping in July.

It is unclear when a consumer-oriented virtual reality device will be available for sale, but some industry observers say it could be before the end of the year.

There are still a number of factors that have to be sorted out first before a mass-market virtual-reality game could become feasible. For one, while many game developers are excited about the possibilities virtual reality offers them, most are also cautious about dedicating too much money to a virtual-reality game, knowing that one or two high-visibility failures might be enough to sink even one of the biggest game developers in the world.

Also, industry observers predict that one of the virtual reality products would have to sell at least one million units before there would be a big enough market to make it worthwhile for a large company to get involved with VR.

The cautious approach that game developers are taking toward the technology is no reason to be less enthusiastic about its potential. “Whenever there’s a new technology developed, the business side of things and the technology side of things have to happen separately from one another. I think it’s sad that game developers are worried about there being enough of a market for VR, because I think it goes without saying that this is something people are going to want.

The accelerating popularity of virtual-reality devices was underscored at this year’s Game Developers Conference by the entry of a new player into the market.  Sony carries much more weight in the gaming world than Oculus does. Sony debuted its Project Morpheus device for the PlayStation 4 this year. Like the Oculus Rift, Project Morpheus is only available for developers to purchase, and not yet on the market for consumers.

However, tech expert, Jason Hope says that the entry of Sony into the marketplace will lend legitimacy to virtual reality, while also creating competition to drive the market forward.

“In order for technology to succeed, you need to have new players who are visionaries, but you also need to have established names involved, since those are the companies who are going to really have the ability to execute. Now, with virtual reality, we have both of those, between Oculus and Sony, so it’s only a matter of time before we start to see more and more companies getting involved with this.”

previous article
The Silent Killer That Plagues One Third Of Americans
next article
How To Identify A Nintendo R4i Card That Is A Fake!