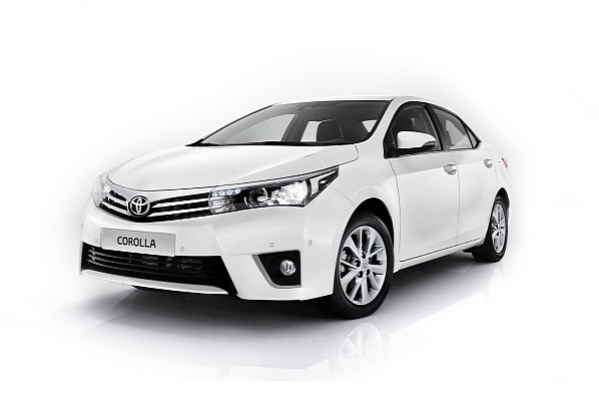 Toyota Corolla Altis is the eleventh generation Corolla car that has been launched and is amazing in the segment of look, features and fuel efficiency. The car has been designed keeping the modern consumers in mind and has been inspired by the design of Toyota Lexus. But the overall design is nothing like any of the other cars of Toyota. With broader wheel base the interiors have been enhanced. It has both petrol and diesel variants.

Honda Civic became an instant hit among the car enthusiasts and Honda lovers because of its modern and trendy design. It was the first to change the rules that were associated with the D segment cars. It was launched in 2006 and since then the company has made some minor changes to the car. The interiors are extremely sporty and trendy and the steering wheel has the design which is quite similar to the steering wheels in sports cars. Honda Civic has a petrol engine and there is no diesel option for Honda Civic. 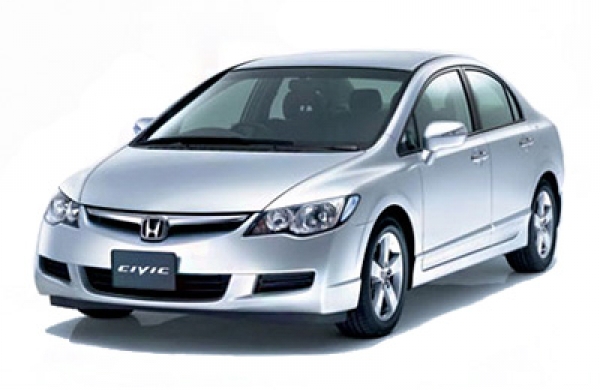 The diesel engine of Toyota Corolla Altis is economical when it comes to fuel consumption but its performance is quite average due to the small motor and a power of 88bhp. This engine is perfect when going at a medium speed. It acceleration starts with 2000rpm and go up to a maximum of 3500rpm. The diesel engine has a 6 speed manual gearbox. 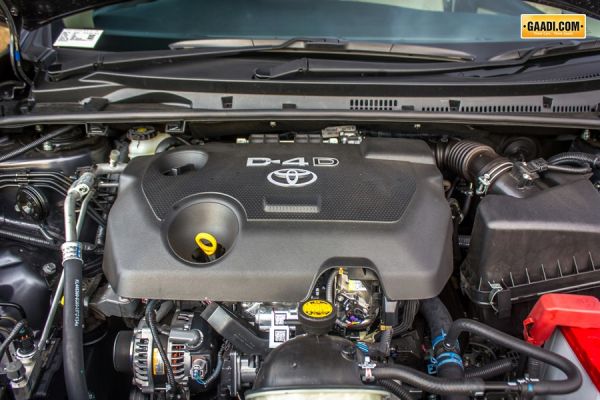 The petrol engine of Toyota Corolla Altis has a smooth acceleration and is said to be the smoothest in this segment. It is very linear when delivering power which makes for the smooth acceleration. It comes with a 6 speed manual gear box and a 7 speed automatic gear box.

Honda Civic has a 1.8L petrol engine which is a four cylinder engine and is capable of producing power of up to 130bhp at 6300rpm. The maximum torque for this engine is 17.5kgm at 4300rpm. The low end torque in the engine is lacking. The acceleration is impressive and this car can accelerate smoothly and go from idling to 60kmph in a matter of seconds. It is best driven on highways and comes with a 5 speed manual transmission gear box and a 5 speed automatic transmission gear box. The gear box with automatic transmission has a paddle shift attached to it which helps in smooth and easy acceleration. 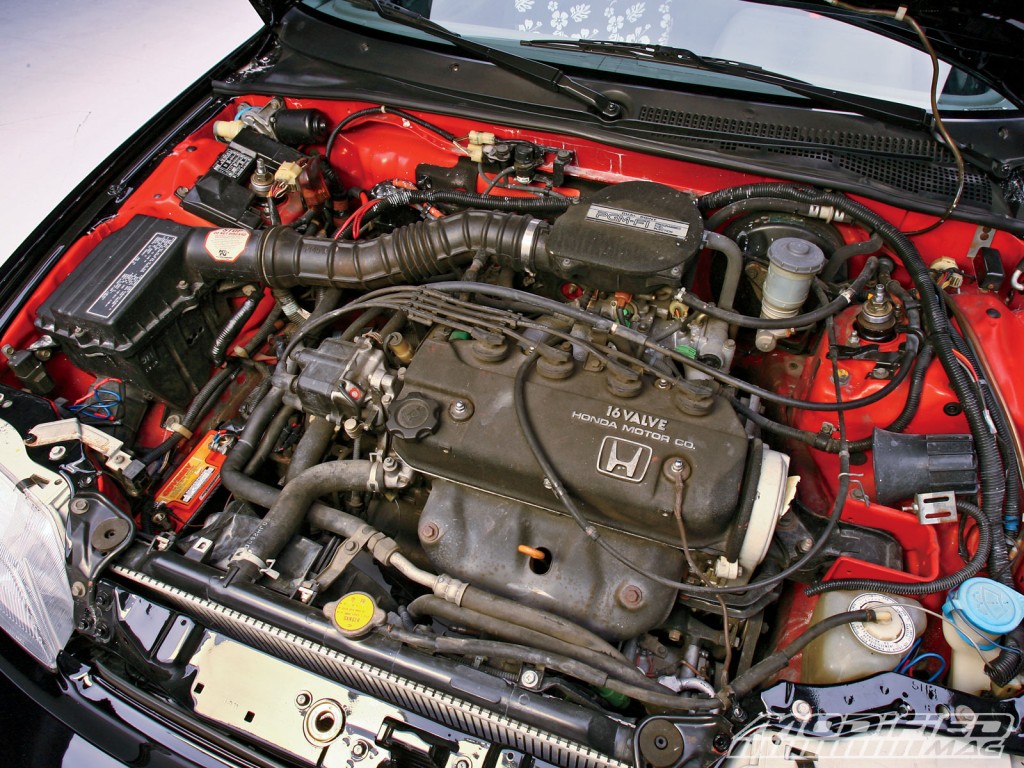 Toyota Corolla Altis has very smart interiors with touch screen operations and latest audio system. The touch screen is user friendly and easy to operate. The steering wheel has controls for the audio system and the telephone which is a very convenient option for the solo drivers. The interior is spacious with comfortable front seats. There is impressive leg space for the rear seats which makes them extremely comfortable. Tall people can travel comfortably in this car. The shoulder room for the rear seat is also good which ensures that three passengers can sit comfortably on the rear seat. The rear window has been fitted with a blind. The interiors have been designed with high quality plastic with neat finishing. There are separate dials for displaying the speed and the rpm which are lighted up in blue and look extremely stylish. There is also other information that is easy to read like the outside temperature, amount of fuel etc. It has a decent boot space of 470 liters. 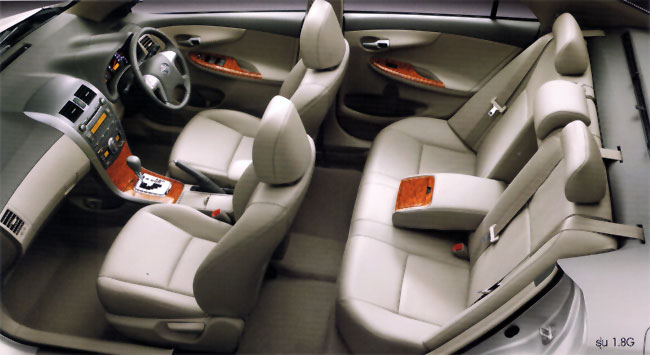 Honda Civic has impressive interiors which have been designed very carefully. The cabin room is quite large and this makes the interiors airy and spacious. The seats are comfortable and the contours ensure that the passengers have a good sitting posture. The interior has been done up in beige which looks classy and elegant. It has enough head room and leg room which make it an apt vehicle for tall people. The display unit in Honda Civic is very attractive with a speedometer which is lit in blue. It also has other instruments which displays the fuel meter, outside temperature, digital odometer and tachometer. It has a boot space 405 liters which is not sufficient given that this is a sedan class car.

Toyota Corolla Altis has a very sporty look which attracts the buyers. It has sharp contours which gives the car a very elegant sturdy look. With double barreled head lights and the smart use of chrome gives the car a regal look. The grille in the front is very stylish but the side profile is not as impressive. The rear profile has been inspired by Toyota Lexus and has LED tail lights that are large and have been blended efficiently into the design of the car. The chrome strip below the logo gives the real profile an impressive look. Toyota Corolla Altis has a good ground clearance which makes it a perfect option for the bumpy roads in India. 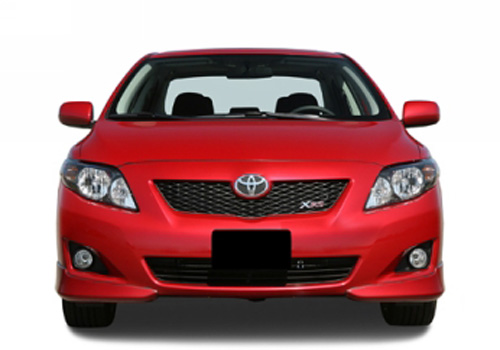 Honda Civic has great exteriors which make it look classy and an attention grabber on the roads. The smoky head lights give the car a sporty look and front chrome grille with the logo of the company looks very attractive. The fog lights have been intelligently placed in specially designed compartments which add to the sporty look of the car. The rear view is as sporty as the front and the tail lights are octocombi lights. The side profile of Honda Civic is also very attractive given that the door handles are the same colour as the car body and the rear and side window glasses have a green tint. It has a ground clearance of 155mm which is not as impressive when driving on Indian roads.

Toyota Corolla Altis is easy to handle and maneuver and the brakes of the car also work very efficiently as they have the support of ABS. The car has been fitted with many safety features like airbags in the front, ABS+EBD, rear cameras to assist while reverse driving and brake assist.

Honda Civic has many features like good suspension, smooth steering and advanced brakes which make the handling of the car very easy. It has an advanced braking system which coupled with ABS and EBD ensures good performance of the brakes. The safety features in Honda Civic include airbags, seat belts, ABS with EBD, anti theft immobilizer and EBD.

Thus, looking at the features and performance of Toyota Corolla Altis and Honda Civic it is completely the choice of the buyer as to which car they want to buy as both the cars have some very impressive features.