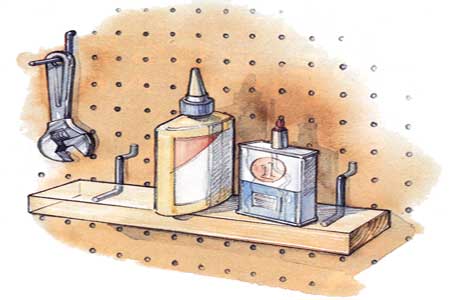 These days, people tend to make use of variety of storage systems at their home for different purposes. One particular system that is generally found to be of good use is the pegboard. With this particular system, it is possible to have smaller items to be kept within arm’s stay, while staying highly organized. At the same time, one can also have bigger items to be kept within reach, in case, the right kind of pegboard hooks are selected. But to make the most of this system, there is a need to buy pegboard online India and have it installed the correct way. 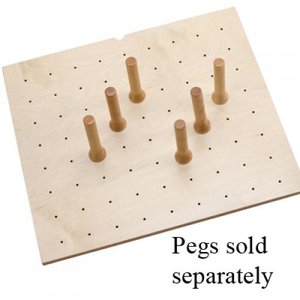 Tips to Smoothly Install the Pegboard

With some tips and suggestions, one can effectively have the pegboard installed to their satisfaction and ensure that the entire process goes smoothly. A common mistake noticed that is committed by majority of the people when trying to install the pegboard system would be not to allow sufficient space behind pegboard. It can be a great idea for the person to have furring to be installed for this specific purpose. For installing the furring strip correctly, it is necessary to have the stud position to be located, so as to have the much required stability for determining to hand bigger items. For achieving this specific purpose, a stud finder could be used. One can also make use of a smaller nail for locating them and to have a line scribed down the wall using a straight edge.

The next step involved in the procedure would to have the pegboard cut and mounted to the framework, which has been assembled already. An easier way to have the pegboard cut, would be top make use of the power saw, like jigsaw or circular saw. In case, the person has quick access to table saw, then it can help to make neat cuts.

The person should try to avoid making cuts using hand tools, which includes utility knives, since the cut would not be found to be clean like that of the edge. Once the cuts are made, the pegboard is to be attached to the framework, which has been constructed using washers and wood screws.

After the pegboard gets mounted to the wall correctly, the person is to then have the hooks to be arranged, so that he can reach the tools much easily.