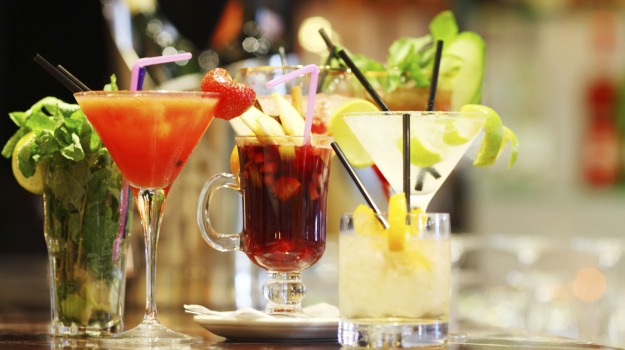 The Perfect Drink To Go With Your Indian Meal

Matching the strong flavours of Indian cuisine with something to drink isn’t always easy. Here in the UK, the most popular choice is often a cold beer or lager, but there has also been a growing trend for pairing wines with Indian meals. At some of the best fine-dining Indian restaurants in London, for example, you will be able to choose from a selection of expertly matched wines to complement the spices and cleanse the palate – without risking one flavour dominating the other.

However, although most Indian restaurants and brasseries in the UK now offer alcoholic beverages, or the option for diners to bring their own, in India there’s actually no tradition of drinking alcohol at mealtimes.

So what do diners drink instead with their meals? Apart from chai, water and juices, many people find a traditional lassi the perfect choice – as well as being cooling and refreshing, it’s packed with nutritional benefits that make it as healthy as it is delicious.

Originating from Punjab, the humble lassi – a yoghurt-based drink, made with fresh fruit – has since become popular across the globe, as western palates have been more exposed to eastern cultures and cuisine.Lassi provide the perfect cooling accompaniment to spicy foods, and are simple and affordable to make.

The widespread popularity of this traditional drink means there are now some disputes about the best way to prepare it. Here are some of the most important factors to bear in mind:

Yoghurt is, of course, the main component of a lassi. This should be plain in flavour and as fresh as possible. The yoghurt is blended with either ice or ice-cold water, along with chopped fresh fruit such as mango – the most classic choice. Sometimes a few drops of rosewater are added, but this should be used sparingly or its perfumed flavour can overpower everything else.

Additional flavours can also be added according to preference, such as saffron, crushed cardamom, pistachios, honey and almonds. Mint is also a great option, especially on a hot summer day.

You may not know that lassis can also be served as a savoury drink – perfect if you don’t have a sweet tooth!Sometimes known as Chaas, this is the Rajasthani version of the traditional lassi and is a little thinner than the sweet alternative.

Savoury lassis are usually prepared with salt, as well as spices such as chilli, cumin or ginger, and coriander or other fresh herbs are sometimes added as well. These savoury drinks might prove something of a challenge for western palates, but they’re incredibly popular in India and serve a helpful digestive purpose- ideal if you’ve overdone it on the curries!

In India, lassis are traditionally served at lunchtime; sometimes, and especially in the hotter months,they are substantial enough to act as a meal in themselves. You’ll find lassis on the menu at many of the top Indian restaurants in London, so whether you’re the designated driver or are looking for an exciting new drink to match your meal, give them a try!

Tags:The perfect drink
previous article
Lawn Development With Sod Installation: Why You Need Experts Assistance
next article
Best Kratom Strains For Energy – Know Their Unique Effects to Choose the Best One for You