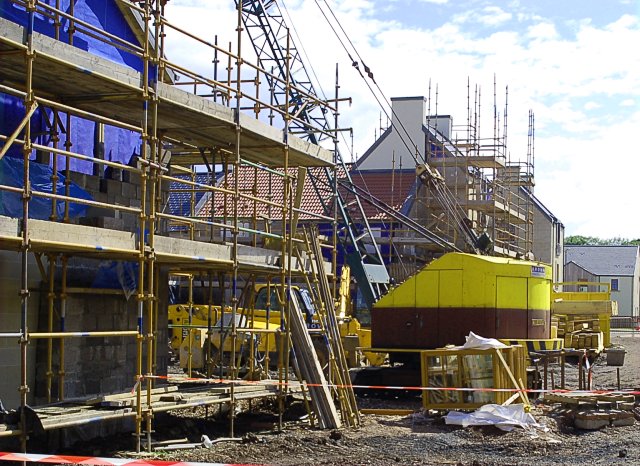 The Impact Of The Recession On The Construction Industry

The construction industry and the related supply chain were key to the success of the British Economy during the boom years to 2007. When the economy faltered in the wake of the banking crisis and a global recession ensued, the industry was hit hard. The effects of the decline in demand impacted every business large and small from construction giants to specialist suppliers.

As the nation now emerges from recession has the industry survived unscathed and how well is it positioned to experience a new period of growth?

During the boom years, construction businesses and their suppliers prospered whilst all building sectors remained strong. Growth was consistent in commercial projects, housing and public contracts but during the harsh economic times commercial work began to decline and a collapse in the housing market saw residential building projects put on hold.

Businesses were competing for a slice of a much smaller cake with many forced to streamline their operations. The inevitable consequence was large scale redundancies with the attendant danger of losing a reservoir of knowledge and skills for the future. To preserve the knowledge, experience and skills of the workforce for the benefit of both the workers and the companies, many organisations instituted shorter working weeks rather than resorting to redundancies.

All aspects of the businesses and supply chains were examined in order to streamline operations. Whilst the recession bit hard and many companies sadly went to the wall, those who survived emerged leaner and meaner with more efficient practices leaving them better positioned to move forward as the economy began to grow once more.

Old habits can die hard but the construction industry has proved to be in the forefront of modifying best practice to evolve an environment of less wastage and therefore greater profitability. This has particularly been true in tendering where the supply chain is now integral to the process at a much earlier stage. Designating suppliers at the outset has led to greater certainty regarding costs allowing more competitive tenders and affording longer lead times and guaranteed business to suppliers.

This in turn enables suppliers to accurately predict volumes and to act accordingly. Greater certainty brings higher levels of efficiency, future security and measured growth thus protecting the industry from the effects of boom and bust.

So it could be said that in many ways the recession has had a positive effect for the long term in forcing the construction industry into a tight corner from which it has emerged stronger and leaner and with the possibility of exploiting expanding markets abroad. As the nation emerged from the dark years into the light once more there was indeed reason to be optimistic but just as the industry looked set for a new era of growth two stumbling blocks were thrown into the mix.

Public sector building was one arena which had remained comparatively strong during the recession and was the straw being clutched by the industry to see it through. However, as the Government instituted austerity measures to deal with the financial deficit cutbacks were inevitable and projects were subject to cuts. In addition the extreme weather of recent months has stalled many new projects.

Happily a new and brighter era for the industry looks to have been postponed rather than stopped in its tracks.  The damage caused by the floods will be a boost to the industry over the longer term in generating the need for rebuilding, repairs and the construction of better defences.

Demand for housing is now driving new construction projects and the economic recovery partnered by Government assistance for first time buyers is ensuring that there are more people who are in a position to invest in the new properties. Growth will also be driven by the need for more renewable energy generation and the imperative to reduce emissions by making existing properties more energy efficient.

There could be a small blip when the current Help to Buy scheme ends in 2016 but this could well be offset by the need for more retirement homes due to the ageing population.

It has been interesting to note the effect of the recession on sustainable building. One would have thought that environmental concerns would have flown out of the window in such times. With contractors competing for fewer projects and the inevitable price squeeze in full flow the interest is more sustainable practices could have migrated south but actually it didn’t.

This sector suffered no worse than any other as the price imperatives were offset by an increasing demand for sustainable living. In short green sells and was seen as a valuable means to distinguish an organisation at a time when a USP became even more crucial.

Whilst the future now looks comparatively rosy there are attendant issues waiting in the wings. A skills shortage is widely predicted as a result of the numerous redundancies during the recession and the impending retirement of a large proportion of the workforce.

As companies streamlined their operations fewer skills were brought in at the bottom and so there could be a problem on the horizon if a concerted effort isn’t made to increase apprenticeships and graduate programmes in the industry. The projects will undoubtedly be there in the future but that will be little comfort to those who cannot handle them due to a lack of staff!

In the short term there could still be issues with supply chains too. Suppliers were forced to scale down in the face of falling orders but if there is rapid growth it could be difficult scale up in the timely fashion required.  Manufacturers and wholesalers will have no desire to expose themselves to the risks of excess production and stock but the new practice of involving suppliers in the early stages of the tendering process should help ease concerns and lend support to the required expansion.

All in all the construction industry can look forward to more profitable times ahead but the potential skills shortage should be carefully managed and every link in the supply chain must move forward advisedly if the future is to be one of sustainable growth.

Sally Stacey ia a keen writer with family ties to the construction industry.

previous article
A Sketch Of The Future: 5 Predictions About How Technology Will Evolve In The Next 5 Years
next article
Sick Of Paying For New Car Batteries?