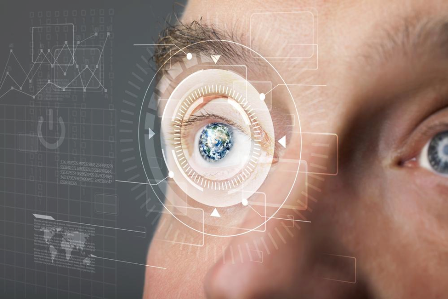 A Sketch Of The Future: 5 Predictions About How Technology Will Evolve In The Next 5 Years

Right, strap on some tin foil, grab a small bucket or organic popcorn and prepare to have your mind blown. This 3 minute article isn’t meant for the faint of heart. You need a heart of 5 inch steel plating. Got it? In roughly 600 words you’re going to be intellectually bombarded by 5 predictions that are so plausible it’s kinda freaky. Just remember, there is no spoon.

Technology can totally kick your ass. It’s faster, smarter, sexier, deadlier, will last way longer than you and all the chicks totally dig it. Yeah, don’t worry let’s pause a moment while you drink that #%&$ in…

What do you matter in the face of emerging 21st century technology? Humanity is about to innovate itself into irrelevancy. That’s not something we can handle! We’ve spent tens of thousands of years creating reasons why we’re here and why we’re super awesome. So awesome in fact, Gods created us in their images. Now we’re at the point of creating something in ours, and it’s so much better than us…wtf is going on?! (insert wide-sweeping identity crisis).

Prediction #2: The Emergence of Tech-Spirituality

There’s no other option but to start taking note of the spirit in the machine. Screw it, if God is dead and technology’s the only party in town then let’s all have a round of nanotech Jello Shots. Let the age of tech-savvy decadence and abandon begin to wrestle with the faction of humanity that will inevitably create social reforms based on tech-salvation (cyborgs and immortality)!

Prediction #3: Gaming and Education will Mind-Meld

You hear about Facebook buying the VR gaming company Oculus? Bring it on, all you MBAs! Who needs school when you can veg out on the porch with some cool glasses (oh yeah, by 2020 easy Matrix-style shades) uploading calculus and Kung Fu? Within 5 years there will be absolutely no logical reason for physical universities other than charging way too much for 4 years of partying with branded collegiate t-shirts on…

Within 5-10 years from that 70% of the “jobs” that humans used to do will be done by robots. Yeah, so just remember to set a timer in your virtual experience, sleep occasionally, eat your supplement bars and when the line between real and virtual reality begins to blur too much…see prediction #2.

Yeah, no big shocker here. The question in everyone’s mind is, will technology survive the global super-megaton economic collapse about to take place within the next 5 years. There’s more fiat currency in “the system” than even a freaking robot can fathom. The proverbial printing presses have officially reached ludicrous speed. The kicker is that literally something like 97% of this “money” is actually just debt.

When the bottom finally falls out it will be interesting to see how everybody reacts. Our algorithmic system is simply going to go full-retard and black screen. Stand back a moment and look at the lunacy of this behavior. Let’s put the A.I. in charge! Welcome to the next century.

Now, over the last decade or so major militaries have been creating some rather nifty toys. Some we know of, and many we do not. But, should a serious “boots on the ground” World War break out (and it really could) everybody gets to bring their toys to the pit. Drone battles anyone? Unleash the super soldiers? Let loose the techno-dogs of war!

Ali Asjad is a content strategist based in Stockholm, Sweden. He helps companies in vast and varied verticals be more successful and visible online. Circle him on Google+ to further the conversation.

previous article
Patent Agent – What Is Their Role?
next article
The Impact Of The Recession On The Construction Industry