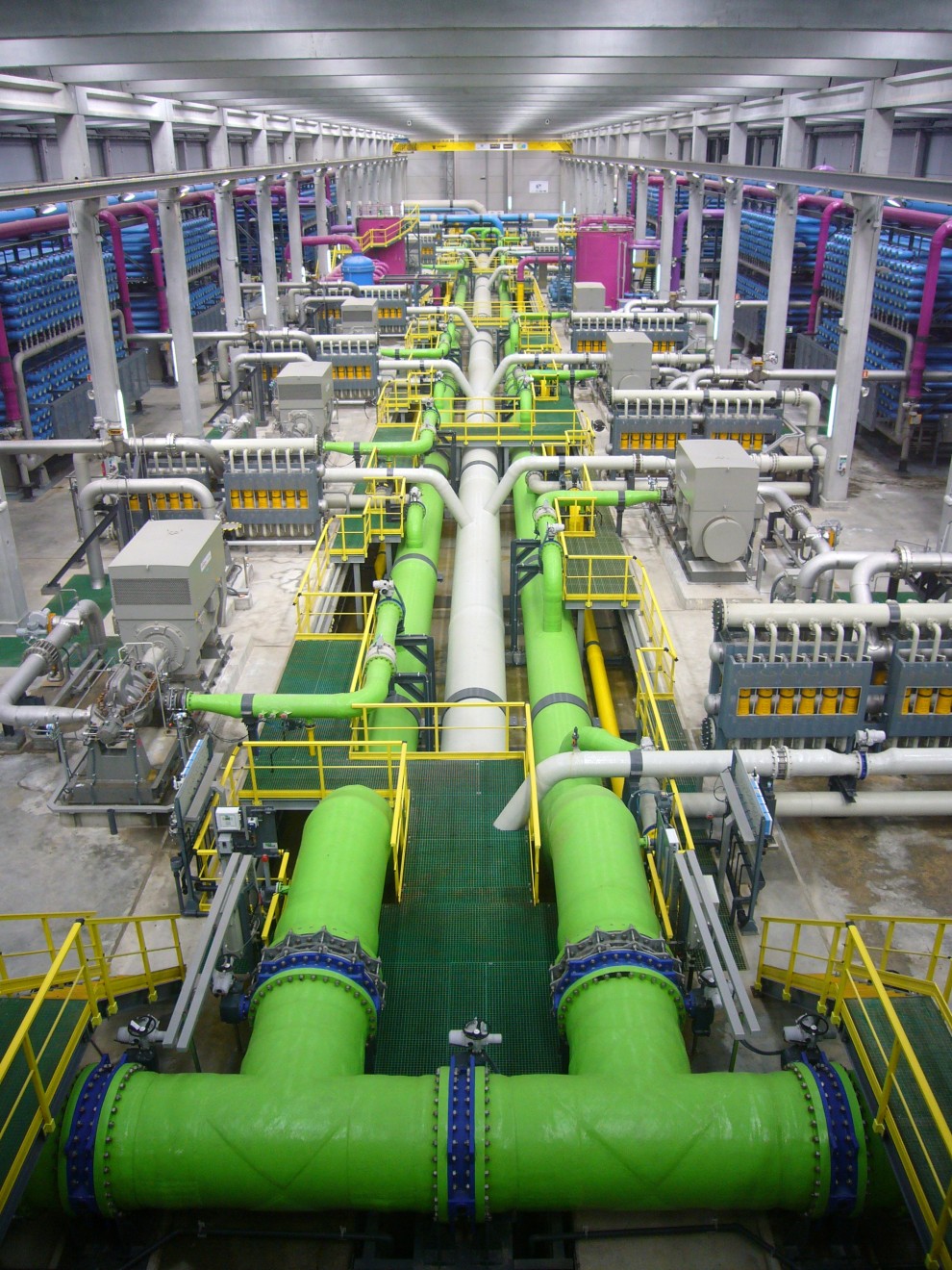 The High Cost Of Desalination Plants

Humans cannot consume saline water (saltwater) for subsistence purposes, so it was a logical choice to look at removing the salt so that the oceans can be tapped for consumption purposes.  Approximately 98 percent of the water on the earth is held in the oceans, which could easily solve many of the shortages we experience around the globe if it were usable fresh water. The other two percent accounts for fresh water sources held in aquifers, glaciers, polar icecaps, clouds, lakes, rivers, plants, and animals (including us).

In total, Earth has approximately 326,000,000,000,000,000,000 (326 million trillion) gallons of water, most of which we cannot use for consumption or irrigation. As far as the process of desalination itself, salt and other minerals can be extracted from water in two ways: distillation and reverse osmosis. Distillation involves boiling saltwater to separate fresh water in the form of condensation.

The steam gets captured and cooled in another tank where it condensates to produce drinkable water. Reverse osmosis involves straining saltwater with high pressure through a fine membrane to remove salt and minerals.

Desalination plants are becoming more popular and today there are more than 15,000 desalination plants around the globe which provides freshwater from saltwater. The process of desalination is becoming more mainstream as far as research and technology are concerned and the cost effectiveness and energy efficiency have begun to be dialed in more and more as time passes. Just as any technology ages, the costs associated decrease, which in this case is terrific for us humans!

Desalination as a process is scalable, either possible to fulfill the needs of a singular household or an entire city. While this is an attractive characteristic in solving drought problems around the globe, there are associated costs that prohibit the technology from being implemented more than it currently is. It takes an incredible amount of energy to run a desalination plant for starters.

Many municipalities cannot take on the cost energy load to justify a desalination plant. For comparative purposes, a desalination plant, on average, uses about 15,000 kilowatt- hours of power for every million gallons of fresh water that’s produced (Pacific Institute).

In comparison, wastewater reuse draws as much as 8,300 kilowatt- hours of power for the same volume and if we were to import a similar amount of water into Southern California, it would require as much as 14,000 kilowatt-hours of electricity. So clearly fiscal costs are the main hindrance to utilizing this technology currently (Pacific Institute).

Environmental costs are of note as well, particularly greenhouse gas emissions. Although research has shown that a popular refute to this is the combination of purchasing carbon offset credits as well as incorporating renewable energy and energy efficient measures.  One other possible alternative is to utilize solar power in order to provide the electricity necessary to desalinate sea water.

By using a 100% reusable form of energy we can effectively desalinate water without adding carbon to our atmosphere. Additionally, using tidal power is another option, especially in the water hungry city of Los Angeles. Tidal power is also 100% renewable and does not release any carbon into the atmosphere, thereby rendering the by product for desalinating water effectively to 0. By combining both tidal and solar energy, we could see the use of water desalination escalate, which is desperately needed in places like southern California.

Using a hybridized desalination plant can offset the higher costs of traditional, higher energy plants. This would entail a desalination plant which combines solar water heating and an advanced method of reverse osmosis. A Canadian company has recently proposed this technique and claims their process uses 80 percent less energy than current desalination methods (LA Times). Another alternative is water transfers between municipalities, states, countries and regions.

As stated above, the costs are below desalination and could even be used to create a form of environmental currency, similar to mitigation banking which allows the preservation of one area to credit the monetary utilization of another. Water recycling and rainwater tanks are another alternative and are considerably cheaper. Once the problem of energy consumption gets solved, or even further advanced to use less than the process does currently, desalination plants could become a larger tool in solving the water crisis around the world.

This article was written by David Holly. David is a mechanical engineer with his degree from UCF in Orlando, FL. Besides working as an environmental mechanical engineer, David also spends time each week contributing content to Bob Heinmiller Solar. He is constantly writing about new and intriguing topics like the one you have just read, and you can view more of his work on his Google+ page.