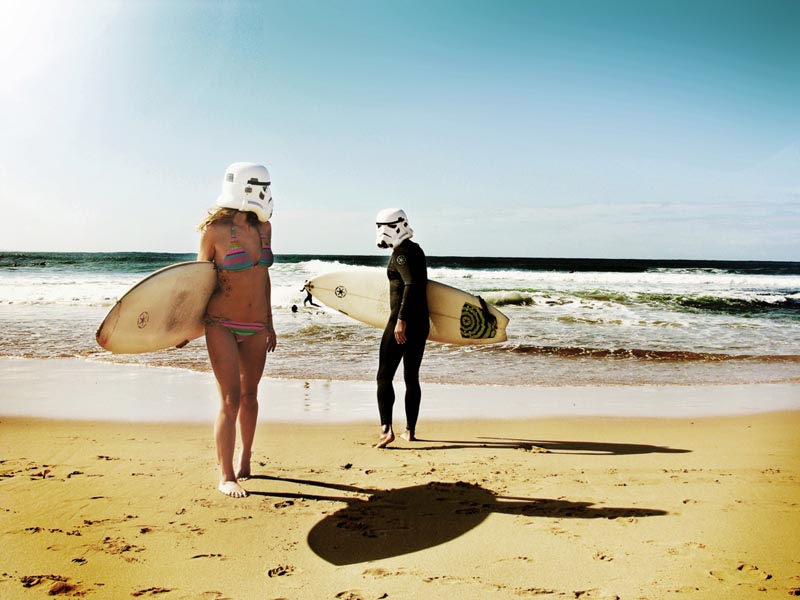 It has been said that we have explored almost as little of our own seas as we have of the great unknown void of outer space and much the same can be said of our own country. Whilst many enthusiastic holiday goers jet off to warmer pastures every Summer, they neglect to understand that there is a world of possibilities lying in wait right on their doorsteps.

“Home or abroad” is a question that gets asked less and less in the 21st century, where a cheap flight to Spain costs barely any more than a train to Skegness. But in leaving behind the old fashioned, home grown holidays of yore we’ve surely lost sight of our innate “Britishness?” That almost indefinable spark that keeps us so humble, eager to please and unique in the face of global homogenisation.

British holidays are not the drab experiences they once were either, in fact there are hundreds of destinations across the UK that can offer activities, experiences and potential memories that you would never be able to find on the Costa Del Sol.

So if you haven’t even considered a British holiday next year, allow us to attempt to grease your wheels.

The family holiday is one of the most difficult things to budget for and whilst the kids might well be nagging you for a trip to Orlando and your other half might fancy a couple of weeks soaking up the sun in the Caribbean, the sad fact is that most of us simply can’t afford such extravagant holidays. Going abroad will more often than not result in a compromise of some description, so you might be staying in the south of France, but the hotel will probably be falling to pieces and you’ll have just about enough Euros to get by on. By choosing to vacation in the UK you’ll be saving yourselves a small fortune on travel costs (not to mention the stress and panic associated with foreign travel) and all these savings can go into making sure that your family has the best holiday possible.

Yes the very thought of camping might send shivers through your soul, but glamorous camping (glamping) has become incredibly popular with holiday goers recently and with good reason. By circumventing the negative aspects of camping almost entirely (the cold, the damp, the dreaded shared toilet facilities) “Glamping” has made camping and caravanning accessible to a much wider range of holiday makers. What actually is ‘Glamping’ though you may ask? Essentially it refers to camping with all the luxuries and amenities of a hotel. So you’re not only getting the spectacle and tranquility of the great outdoors but also the comfort of a traditional hotel. Glamping can encompass everything from luxury caravans (many of which might as well be 5 star hotel suites on wheels) to bespoke tents and cabins but there’s a theme running through every Glamping experience and that’s comfort without sacrifice. There are hundreds of campsites across the UK, most of which are situated in some of the country’s most idyllic environments. Many of the UK’s largest holiday companies such as ‘Butlins’ and ‘Haven’ of course have their own sites, which will include various entertainment complexes and will no doubt be situated close to popular tourist areas. But it’s in the smaller, independently run sites that you’ll find ‘the real Britain’ so don’t be afraid to venture off the beaten path.

If camping isn’t your bag (and we completely understand if it isn’t), there are thousands of hotels scattered across this wonderful country of ours suitable for all tastes and budgets. As well as standalone hotels, there are also a bevy of resorts, many of which offer surprisingly affordable all-inclusive packages. From Golf and Spa Breaks and adventure holiday packages, to murder mystery adventures and walking holidays taking in some of the country’s most beautiful scenery, if you look hard enough, you should be able to find a location and hotel to suit your every whim.

The UK is home to not only some of Europe’s best theme parks, forests, gardens and cities but is also privy to historical landmarks that are the envy of our continental neighbours. The Scottish highlands, Wales, North Yorkshire and the areas around London particularly are wealthy with historical castles, forts and monuments that are just waiting to be explored by the history buffs in your family. You could peruse possible central bases such as Hotels in Chester or camping sites in the West Midlands, from which to explore all the attractions the UK has to offer. If you’re feeling particularly adventurous, why not simply cast aside the map and get lost somewhere exciting? You never know what you might find!

If we’ve managed to convince you to “Return to your roots” and try a British holiday next Summer you certainly won’t be alone. The UK holiday industry noticed a 15% increase this year and next year the figure is expected to rise even further. So don’t be afraid to jump on the bandwagon, Summer 2016 could just well be the season of the British holiday revival!