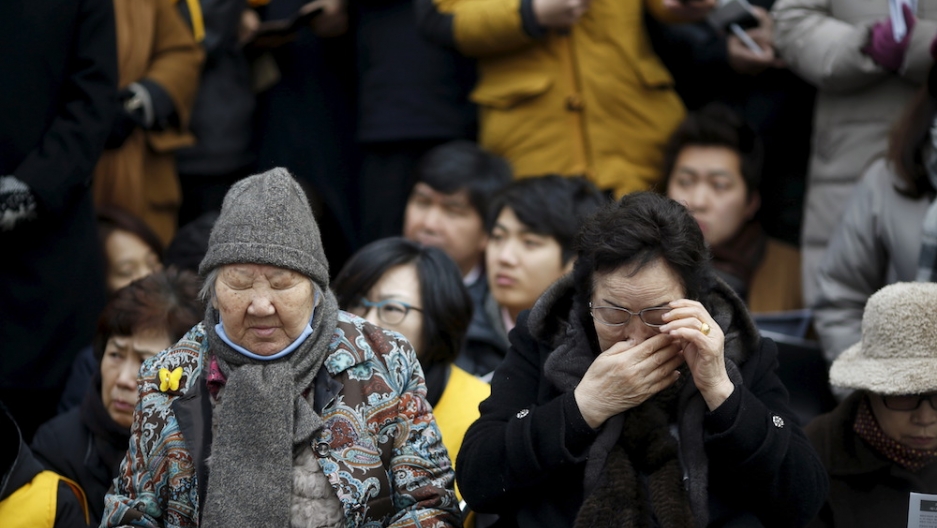 Recently talks between Japan and South Korea resumed involving the opposition involving a revised 2015 agreement. In this resumed agreement talks Prime Minister Shinzo Abe of Japan and President Moon Jae of South Korea reached a deal about comfort women referring to it as a promise between the two countries.

The two met in Pyeongchang where they agreed the two countries have a need to create a future relationship. President Moon gives emphasis to the attendance of the Winter Olympics opening ceremony. This tenuous meeting between the two men stems from the 1910 to 1945 colonization of the peninsula that also included many South Korean comfort women. The comfort women stories were women including many Korean women forced into service. This is a reference name by Japanese being a euphemism for women during wartime who were forced to work in brothels.

In 2015 the prior South Korean president and Prime Minister Abe came to an agreement. Japan formally apologized to victims. Along with the apology Japan paid 1 billion yen, which equals $9 million to a fund to help the victims whose comfort women testimonies keep the event alive.

Amid the U.S. and other countries issues with North Korea’s missile and nuclear ongoing program, the deal between South Korea and Japan began breaking down. South Korea now under President Moon has said the agreement did not meet the victim’s needs.

Due to the claim by South Korea, they want more steps taken by Japan, however, Japan claims the agreement should not be changed. Moon continued the comment by saying emotional damage of the victims cannot be resolved by an exchange by governments. Further Kim Eui-kyeom spokesman of Blue House relayed what South Korea and Japan discussed involving the victims to help heal the wounds suffered.

Even though South Korea’s President Moon and Prime Minister Abe have differences about the comfort women stories they agreed to continue discussions. These discussions included a possible trilateral summit talk, which is set up would include Japan, China, and South Korea. The two leaders planned to discuss setting up the trilateral summit between the three countries for as soon as possible.

During the talks between South Korea and Japan, Prime Minister Abe got confirmation from President Moon that South Korea would join along with Japan in keeping heavy pressure on North Korea. They are hopeful along with other countries applying pressure on North Korea they will end their missile and nuclear programs. Prime Minister Abe said Tokyo’s position is just talking about it will do nothing.

The Tokyo position on keeping the pressure on North Korea was a concern with the Winter Olympics being held in South Korea that President Moon may ease up on the pressure being applied to reign in the nuclear program. This also was a concern of the United States and allied countries that have been applying pressure through sanctions.

The deal and continued discussion between Prime Minister Abe and President Moon involving the South Korean comfort women, Abe decided to attend the Olympic Games. Though he did say he would not alter their original deal for the victims and he demanded statues of the women in South Korea removed and in other countries where they appeared. These other countries include Australia, Germany, and the United States.