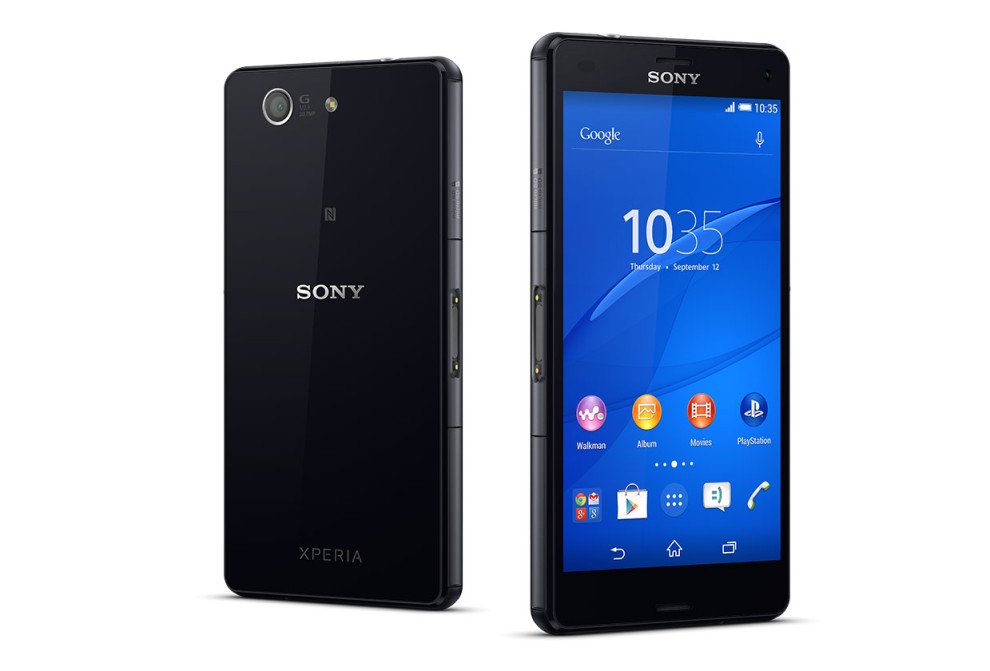 Sony Xperia Z3 Compact or the smaller version of Sony Xperia Z3 is as interesting as the original version; it is waterproof and dustproof as of Z3 and in looks too, it’s look similar but you have to compromise with display as it only have HD display of 4.7 inches and whereas Z3 has full HD display. But still, the display is good and it is battery efficient too.

If we talk about the software end of the Xperia Z3 Compact, the smartphone has a standard proprietary interface and runs on the latest version of Android 4.4.4. Notifications tab and fast parameter is a legend, not small icons. The main desk can be branded or ordinary, in the latter case it is a matrix of large tiles. In the Shutdown menu option was added to the “Save screen”, which greatly facilitates the story about the settings of your smartphone. In its menu you can choose the video quality and the orientation of the screen when recording, the duration of the shooting is not limited. A standard set of applications, including all the popular services Google, greatly expanded.

If we talk about the hardware end of the phone, it comes with Snapdragon 801 chipset and it has quad-core processor with a clock frequency of 2.5 GHz and 2 GB of RAM and it gives smartphone almost limitless possibilities. When scaling web pages and running games like Asphalt 8 he went, phone doesn’t get warmed up.

In benchmark tests of Sony Xperia Z3 Compact results are pretty good. In AnTuTu phone gets 45,302 points by the word “amazing”, the second attempt – 45,877 3DMark acknowledged that tests on video 720p and 1080p is too easy for the device (in the database, by the way, is not here yet), but the overall performance – 19,112 points. And these benchmarks ratings proved that Sony Xperia Z3 compact performance is little above mid-range devices.

The onboard storage of the phone is limited, as initially you will get around 11 GB of memory. The smartphone is no option to select the default memory, but it is possible to transfer data (only video, photos and music) on SD-card by selecting the appropriate option in the setup menu “Memory”.

Music playback quality is very high. High frequencies are cut off, the bass on the spot. The same can be said about playing through the stereo speakers aimed at the user – to play and watch movies very nice. DSEE HX technology adds depth audio samples with low bit rate and yes the difference is noticeable.

In the settings menu “Sound – Audio Settings” you can use equalizer, surround sound (for example, imagine that you’re in the studio or concert hall, as well as to enable realistic reproduction of S-Force Front Surround), to optimize the sound settings with one touch the box next with the option ClearAudio + and even connect to an amplifier via USB. Sufficient volume for comfortable listening in all conditions and there is noise reduction.

With the good performance Sony Xperia Z3 Compact rise as a good phone in the market, but next year for Sony would be more competitive as World Mobile Congress is approaching, so Sony engineers have to bring more innovation in upcoming Sony Xperia Z5.