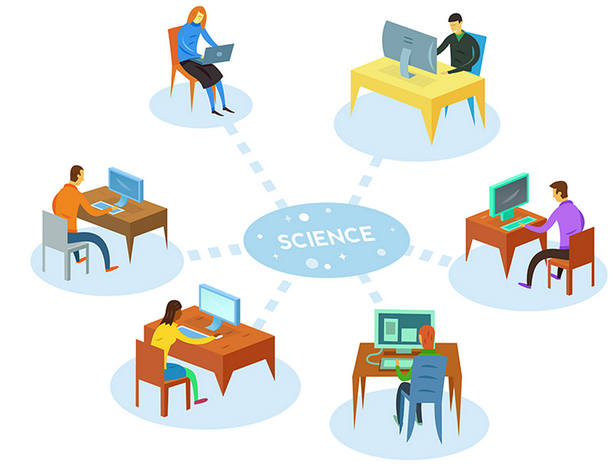 Rightly put by Wittgenstein, language plays a very important role in transmitting information and delivering an unmatched impact. Be it literature or scientific journals, publishers have realized the need to have a multilingual approach so that they get a larger consumer-base to cater. Even movies are dubbed to meet the demands of a wider range of audience. In particular, scientific research totally relies on a standard language to communicate and publish the recent developments. However, as we know, English is not a major language in many countries. Noting that, a large number of scientists and research scholars face difficulties when they have to communicate in a foreign language like English.

Science has to adopt a perfect and accurate language so that all the complex phenomena in a precise manner. For scientists who do not have adequate command over English communication, the chances to make grammatic and semantic errors while communicating in English can be a hurdle. A poorly chosen auxiliary verb or a single misplaced preposition can shatter a convincing narrative, thereby reducing the impact the research paper might have in an advanced level seminar or research journal. This is a bad signal, not only for the scientists whose career and jobs are at stake but also for the science fraternity as a whole.

So, how to resolve the issue? Going back to Wittgenstein’s quote, we can expand our world by enhancing our linguistic skills in English. As a matter of fact, scientific research in fields of agronomy and ecology are in dire want of more trained personnel to abridge the missing language links. When regional and local interventions are appreciated, they need to see the global lights and make an impact worldwide.

Even in English-speaking countries, translators have the major responsibility to translate the research papers in other languages such as Portuguese, Spanish French and mandarin). Translating research papers in other languages increases the overall exposure the paper gets, ultimately elevating its worldwide publication and citation rate. Just for the record, one-fifth of the total research publications for biological and environmental sciences come from countries speaking French, Spanish, Chinese and Portuguese. Getting scientific papers translated in various papers will foster better communication between the scientific departments across the globe.

While government agencies have buckled up to make necessary revisions in their protocols, many research agencies have taken the initiative from their end itself to hire professional translators to make the process execution faster and simpler. Providing online-only versions of original research papers in translated format can also be enacted so as to facilitate the pay-to-publish open access model. Universities and R&D institutes can easily develop freely accessible online archives of their most prominent research publication so that their international profile is boosted. That can also call for new academic networking and add more space for trans-disciplinary collaboration, both in domestic institutes and overseas academic fora.

Tags:Professional Translation Servicesspanish document translationSpanish translation servicesUSCIS Certified Translation
previous article
Ideas to Deal with Your Guest’s Pets at Your Hotel
next article
How To Buy Used Lift Truck Can Help Your Business?