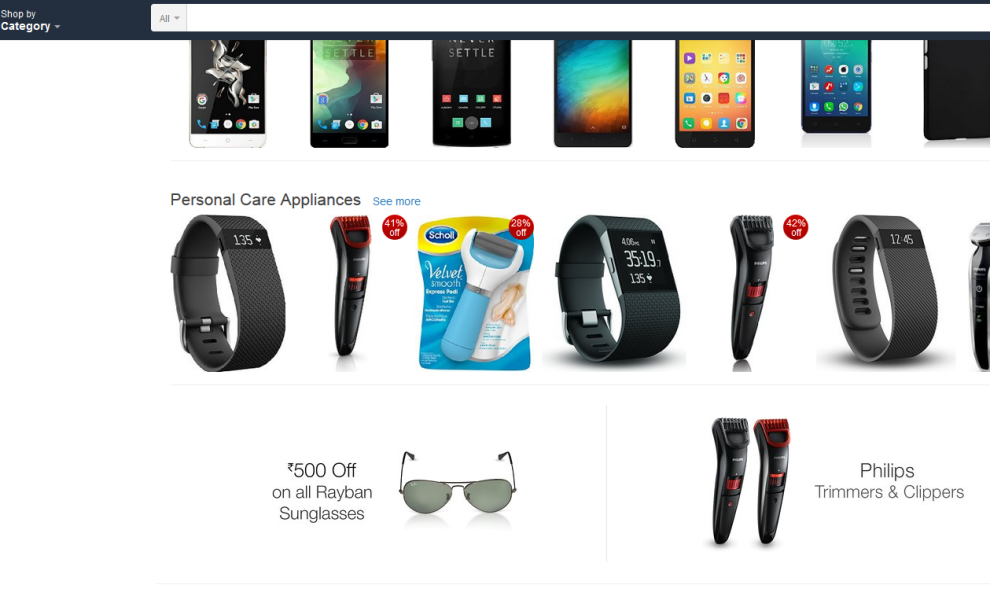 Ecommerce giant Amazon could be new in the Indian digital market with operations starting in the year 2013. But this international brand is giving tough competition to Indian ecommerce market players like Flipkart and Snapdeal.

The top bosses of Amazon see India as one of the most promising markets. So much so that around $2 billion has been poured into Amazon India. Now that the website has done exceptionally well in the year 2015, more investment of approx $5 billion is expected. Amazon has reportedly emerged as one of the largest selling online stores boasting nearly a growth of 250 percent and adding over 55,000 new products every day. Amazon has also been crowned as the most visited ecommerce website in India.

Based on Fortune’s feature, we have compiled few things that Amazon India does only in the Indian market.

Amazon’s Reply to Indian Traffic: Amazon has thought of an effective reply to Indian traffic situation. Narrow roads and heavy traffic can make it worse for e-commerce portals to deliver products but Amazon India started delivering products on motorbike.
Photographic Content for Sellers: Amazon India is encouraging small sellers by creating portfolios for them. The company visits the seller and clicks photos of their products to upload on the website. This gives small sellers more visibility.
Cash on Delivery Facility: Keeping in mind the Indian buyer and the demographics. Amazon India offers cash on delivery option. Most of the Indian population doesn’t own credit or debit cards and believes in paying once they receive the product.
Resolving Tax Issues :Amazon India resolves tax issues and fills the tax forms for its sellers. As different states have different codes and rules. So, Amazon takes care of this issue for its sellers.

Pickup Points: Amazon started this service in Mumbai and Delhi initially. In this plan, buyers could select pickup points for package deliveries, incase they don’t have any address. Amazon initially tied up with BPCL for this facility and lock grocery stores for pick up points.

Kirana Tie-Up: Amazon launched another initiative in India only called Kirana Now. In this plan, local grocery shop owners were asked to upload their catalogs online. So, that people can order for the desired products and deliveries can be taken care by either the local shop owner or Amazon.

Amazon’s Business Model for Indian Market: As per the Indian FDI policy, Amazon can’t sell products directly so it acts as a marketplace for sellers and shoppers. It collects products from they sellers, packs them and then delivers the products on sellers’ behalf.

Now, you know what makes Amazon one of the most popular ecommerce websites among Indian shoppers. Amazon offers discount coupons for online shoppers. With the help of Amazon coupons, we can get products at low cost and save money.