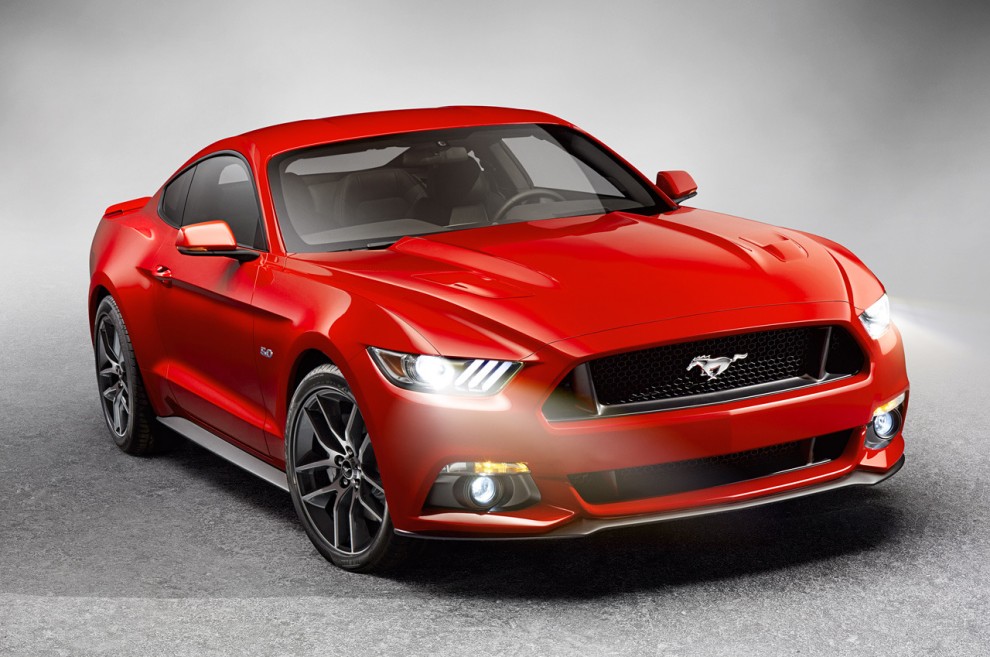 It’s that time of year again — the time when auto companies start backing off on their current-model sales pitches and begin to hype up next year’s model. As always, Ford is out to impress with its latest models, and most analysts expect 2015 to be a good year in Ford’s sales as they’re doing all they can to bring the best vehicles to their customers. With this in mind, let’s take a look at just a few of the vehicles coming fresh off the Ford line in the coming months.

The Mustang has been on Ford’s innovation backburner for quite some time now, but this year it seems the company has finally decided to spice things up a little with this iconic ride. The 2015 Ford Mustang boasts an independent rear suspension, which nothing new to the Mustang enthusiasts out there; and although the new design closely resembles the original, it also adds a sleeker feel that accentuates the Mustang’s timeless features. What’s more, this sleekness continues inside the vehicle, with higher-grade materials and a stronger finish, along with top-of-the-line technology which completes the intense look of this Mustang. Whether you’re debating between the manual versus automatic or a performance package versus the standard Mustang, you surely won’t be disappointed with this classic whip.

The Ford F-150 is the best-selling car in America, and this popularity means that new models are always going to be met with a generous amount of buzz, and a high potential for scrutiny. However, critics shouldn’t have much to complain about after seeing the 2015 model. With next year’s F-150, executives are promulgating the fact that the exterior of the vehicle is made from military-grade aluminum. While this may seem like somewhat of a marketing ploy, this claim truly does embody their slogan, “Built Ford Tough”. Not only that, but this high-quality aluminum exterior also improves performance and gas mileage, since it’s supposed to lower the weight of the vehicle from between 500 to 700 pounds. Although there are countless other features that put this truck at the top of the line (including its already-high popularity), the 2015’s aluminum body is really what experts are excited about.

While this may be the least exciting addition of the three, Ford’s newest Expedition is getting its game amped up to take on its competitors. As a full-size luxury SUV, the 2015 Expedition puts its competitors to shame, with its biggest competition coming from the Chevrolet Tahoe. Although the Expedition may not seem quite as fancy as the Tahoe from the outside, it’s what’s under the hood that counts for this year’s Expedition. Not only does the Expedition feature 700 pounds more towing capacity than the Tahoe, it also has 35 more lb.-ft. of torque than the Tahoe’s V8.  The new Expedition also incorporates an Eco-boost V6 engine, which aims to save consumers loads of money through increased gas mileage and gobs of power via turbo charging. What’s more, unlike the Tahoe, with the Expedition you can use voice commands to control the climate system as well as thousands of other conversational voice commands. Simply put, the Expedition’s improved towing capacity, torque, tech features and “buttery” leather make this Expedition something any buyer will have a hard time passing up.

Obviously, Ford has much more than these three vehicles debuting in the coming months. New models for the coming year are always exciting to see — these were simply most commonly mentioned as the favorites in the auto world of late. With a little research and a few test drives, there’s no way you won’t be able to find a 2015 Ford that doesn’t fit your wants and needs.

Writen by Chad VanNess of Fulton Ford, a Ford Dealership in Fulton, MO. Fulton Ford is a short drive outside of Columbia, MO, and serves the Fulton, Columbia and Jefferson City areas. They have the latest line of Ford trucks and cars for sale, as well as a great selection of used cars and trucks.