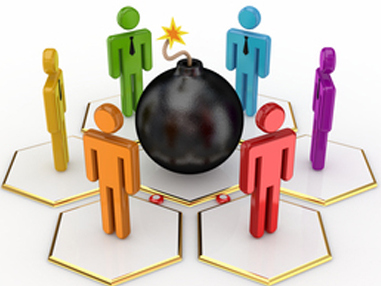 Modern Social Evils having Adverse Effect On Our Society

Every society has problems and certainly, it is a sheer reflection of the citizens living in that society. We can’t ignore the fact that somewhere we are an integral part of these problems, so it is our responsibility to find them and root them out; here are some widespread menaces in our society for your reference—

The Decline in Community—Yes, privacy is a good thing to maintain, but certainly, it doesn’t imply we demean the sense of community and neighborliness. Today, neighbors are acting like strangers and no longer care for each other. So feelings have paved the way for the isolation, fear, and sometimes insecurity, particularly among the elder generation, which remain confined in their homes. This trend has been increasing since last 20 or 30 years and looks like it has more become and I, me, and, myself.

Individualism and Selfishness –Actually the rise of individualism has declined the sense of community, as today, people have become more inclined towards their own rights without considering their participation in society and its needs. This thinking will give birth to the mindset, where nothing more than my success and convenience.

Consumerism and Greed—today, everything revolved around material things, or more precisely, around money and owning things. A thought which innate in our minds is that the more we have, the more successful we are is certainly wrong. Money has nothing to do with the success and happiness, it is only an excessive pressure we carry on our minds. Valuing things and seeing society in terms of money are the biggest concern today.

Decline in values—many theories have concluded that most of the people have lacked a shared set of values which help guide behavior. This can be easily linked to selfishness, individualism, and consumerism. Everyone is just striving hard for their personal gains, regardless of the potential harm to others. The decline in values is just not restricted to individual levels, but today, the media, businesses, and even government is criticized for being dishonest and self-serving.

Decline of the family—today, many cases can be seen pertinent to family breakdown and bad parenting, which often leave young generation without required guidance and support. However, most of the parents doing their best despite odd circumstances, but it needs to be done with the more proactive approach. Most of us agree that a strong and a stable family is important for any children, but some of us also think that traditional family importance is not fit for today’s life.

Poverty and Inequality—it often comes from the unprivileged backgrounds that poverty is the biggest curse anyone can have in his/her life. It also serves as the bedrock for other social problems, like it is easy for a deprived community person to involve in a crime, just to earn his/her bread or a square meal. Poverty comes with no other choice, but with continuous struggle and wrath from the privileged community.

Crime and Violence—today, the world has become more violent than ever. Trends are showing that people tend to show anxiety towards social evils like violence aggression and crime. Gang culture, Drug abuse, and other crimes are on all-time high. Apart from these crimes, exploitation of young girls and forced prostitution is also unprecedented, and shamefully, can be seen in open.

Misuse of Drugs and Alcohol—the misuse of drugs and alcohol can be considered as the biggest threat to our society and pave the way for crime and antisocial behavior.  However, drug and alcohol abuse were also started from family breakdown, unprivileged communities, child abuse, domestic violence, poverty, and sometimes a severe stress.

Open-minded and Hypocritic Culture— yes, being open-minded is a good thing, but it should be complement with the progressive approach, not just pretentious attitude. People tend to be ignorant, selfish, the narcissist in the veil of becoming open-minded. This nature can be seen in the people with the large wealth and they behave like a king. They are the biggest propagator of sugar-daddy and blesser culture. One can think it is easy to be a hypocrite and can behave in any manner, but this is a pipe dream, everyone will meet his/her fate.

However, there are many problems in our society and maybe you are not the part of anyone, but it is your responsibility to find a solution for them and be a responsible citizen.