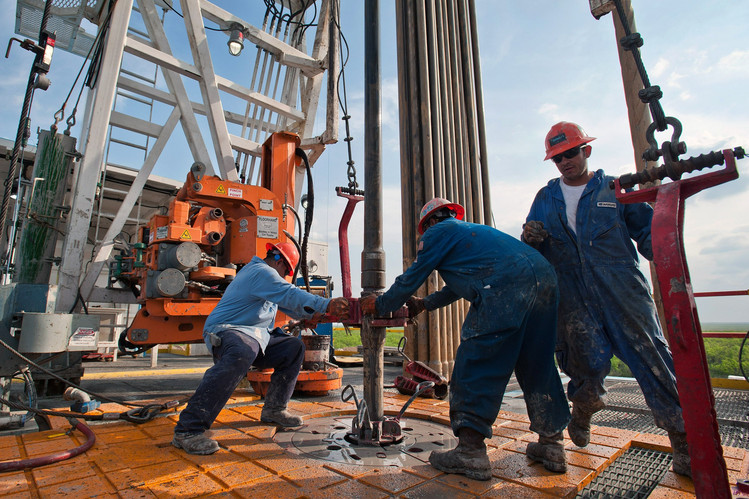 Listen To Expert Prediction About US Oil Industry’s Booming Future

People who are familiar with the daily updates and activities of Oil Fields can remember well that back Dec, 2011, in a press interview the President and Founder of Alfaro Oil and Gas Company, Brian Alfaro announced of news of acquiring roughly 450 acres of areas in the ‘cream’ place under Eagle Ford Shale. Though, this surprising news appeared of being nothing but ‘publicity stunt’ to many of its competitor companies while some took it granted that it’s a Brian’s trick to influence the US stock market, but in reality, his committed acquisition took place within a few months of time and Alfaro Oil invited major investors as well, partners to join in its turnkey project drilling.

As per many well-informed people, the vast area of Southern TX is anticipated to possess more than 3-5 Billion barrels of shale oil reserves. This huge resource can enhance the oil producing level of US over 450,000 BOPD making the nation as the largest oil producing counties globally. The prominent Oil field personality Brian Alfaro feels good that his major oil and natural gas company after combining of PRIMERA Energy has been proved to be a significant contributor to the nation’s enrichment in terms of its national income, industrialization, employment and social uplifting. For example, the main Eagle Ford Shale located in Gonzales Country has been adding up in economical developments which eventually enhances to its locales standard and status.

Other than, Alfaro the corporate groups including Forest Oil Corp, Rosetta Resources, EOG Resources, Chesapeake, Marathon as well as Cabot are only some of the major enterprises that are considered as the listed companies as well, parts of Eagle Ford Shale and contributors in oil boom. In fact, Alfaro’s Founder-President Brian Alfaro is committed to their partners to offer with superlative quality of oil and gas elements.  All their projects are outfitted with the most sophisticated fracking tools and techniques. As one of the leading as well as responsible oil field player Alfaro understands the utmost significance of environmental factors. Having been prepared with the latest technologies the enterprise can also ensure a reasonable amount to savings by enhancement of their efficiency level by reducing the project schedule timing.  Alfaro is quite optimistic that their developing project at Eagle Ford Shale is likely to yield more than 70% net revenue out of their leased sectors.

In another press conference convened at San Antonio in TX, Brian of   Alfaro Oil expressed their appreciation to the roles played by their partners, clients and investors as well as to the federal policies that helped them keep up steady pace and notable existence in the Oil Industries. With the starting of oil extractions from Gonzales County and its surrounding areas Eagle Ford Shale is providing remarkable economical changes in the vast region of South Texas. This is a special report which has been exposed by a special committee of Dallas Federal Reserve Bank in connection with the future growth of Eagle Ford Shale to enrich South TX community. The economical growth of Texas South in the last few years has been exposed as well, published recurrently in different Medias and publications from Dallas Federal Reserve Bank itself.

It is predicted that the overall growth in the retail sales will crash all time record of 17% while the ST revenue come up to the 9.7% just from 23-county segment. The annualized growth of weekly wages is likely to be 15.8%. Brian is thankful to all its stakeholders, partners, and employees other than the community people for being with Brian Alfaro. On behalf of Alfaro, Brian welcomes all investors to join them and experience their enormous project of drilling.

Tags:countiesfamiliarpartners
previous article
The Importance Of Fingerprint Charts In Police Investigations
next article
How To Graceful Move Into Your 30’s