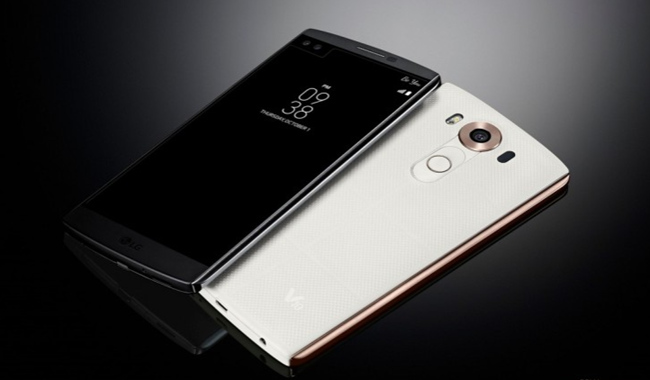 Let’s start with the specs. The V10 is equipped with an IPS LCD 5.7-inch slightly curved with resolution of 2560 x 1440 pixels. With dimensions of 159.6 × 79.3 × 8.6 mm and weighs 192 grams. Just above this screen you can find another 2.1 inches Small screen with a resolution of 160 x 1040 pixels. An impressive pixel density of 513. This second screen can set up to “always on” mode, It will display information continuously as time, date, or the remaining battery power  without consuming battery energy, LG promises. This is, however, not an energy efficient AMOLED display, but a small slab Quantum Display (IPS). It works like a smart watch, When the main screen is on, the second screen will display shortcuts to applications. 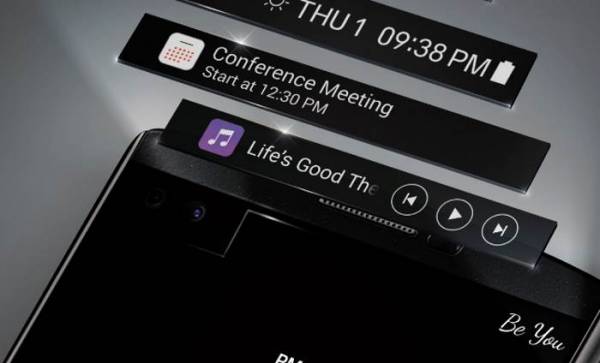 The LG V10 features 5MP Dual Front Cameras, The company says with two separate lenses and capable of capturing pictures at 80 to 120 degree angle, The idea behind this dual sensor is to allow the user to stop using a selfie stick for successful selfies with a larger angle. And to do so, LG has developed a “software algorithm” which combine images from two separate sensors. Regarding the camera back, there is a 16 MP sensor (f / 1.8, 2.0 OIS) and two ratios (16: 9 or 21: 9). Capable of recording videos in HD, FHD or UHD, Also with optical image stabilization.

The rest of the features, LG V10 powered by the processor 64-bit 808 Snapdragon processor, a substantial internal memory of 64 GB And coming to the expandable storage with an SD card of up to 2 TB. And a battery of 3000 mAh. the V10 is compatible with 4G Category 6. The handset boots Android 5.1.1 Lollipop. LG V10 will launch in South Korea, the United States, China, South America and the Middle East, in black, white, beige, and blue opal. and price information will be announced in the following weeks.

previous article
Laminate vs Doughnuts – Toroidal Transformers and Their Use In Audio
next article
What Can You See In Innsbruck?