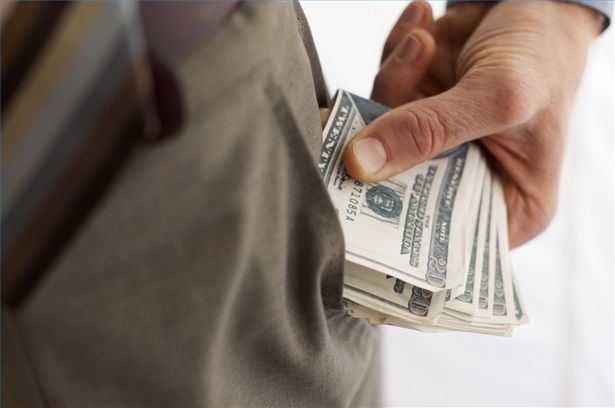 Is Business Fraud In Decline?

Anything which costs a company money has to be considered and evaluated by a company. There are some costs and expenses that have to be paid and there will always be someone who is quick to point out that you “have to speculate in order to accumulate.” This can be a romantic way to look at business, but there is a need to spend some money. However, there are plenty of ways in which a business can lose money in a negative manner and one of the biggest dangers a company can face is business fraud.

Business fraud can often be the difference between success and failure for companies and a number of UK firms have been declared bankrupt due to the impact of business fraud. The action of one or a small number of employees can have a devastating impact on their colleagues, perhaps even losing people their jobs. For many people, stealing from their company is a complete no-go due to the potential impact it could have on everyone in the company.

Some People think that taking from a Company can be justified

However, there are some people who think that this is a fair action to take. Many of these people will consider that taking of stationery items or small and inexpensive products isn’t really a crime but if everyone employed by the firm held that opinion, a company would find that they haemorrhaging cash very quickly. Small matters can soon add up very quickly but with business fraud, it is often the large issues that are really important.

This is why the latest figures announced by KPMG are worth considering. Advisers at the company indicated that businesses in Scotland lost a significantly smaller amount of money due to large scale fraud in 2015 than they did in 2014. In 2014, the figure stood at £8.6m but in 2015, the losses of this nature stood at £4.7m. While this is still a high figure, it is a big drop off from the previous year and this will be a figure that is welcomed by many people.

There is a contrast to be made with respect to public sector fraud. In 2014, the level of public sector fraud in 2014 stood at £700,000 but in 2015, this figure had risen to £2m. This is a significant jump but it should be borne in mind that £1.3m arose due to an NHS employee fraud in Ayrshire. Taking this fraud away from the figures suggests that public sector fraud remained constant over the two year period. It is not as if you should pick and choose fraud to suit your figures but it does show that the actions of one person or one fraudulent team can have a huge impact on the overall figures.

Businesses still need to be Vigilant

While there is a lot of positivity to take from the figures presented by KPMG, the company is still urging businesses to focus on guarding against fraud. While some aspect of this warning can be seen as a promotional call by the firm, their services can help businesses monitor and reduce fraud, there is no getting away from the fact that it is vital that businesses do what they can to reduce the likelihood of embezzlement and insider fraud taking place within a company.

Another issue of note raised by the company indicated that in 2015, there were no instances of fraud by customers against businesses in the whole of Scotland. In 2014, there were four reported cases, so again, this is something that is moving in the right direction for businesses but there is no need to become complacent about what is on offer.

Wherever there is an opportunity for people to make money, whether legal or illegal, it is likely that some people will hold an interest in acting in this manner. Even though there is positive news with respect to business fraud, there is no need to think that the problems with fraud in the workplace are over and done with. In fact, when it comes to fraud, the biggest problems often arise when people believe that fraud has been conquered.

There is no doubt that defence solicitors will still be dealing with business fraud cases for many years to come, and this means that all firms should remain vigilant in dealing with fraud in the workplace.