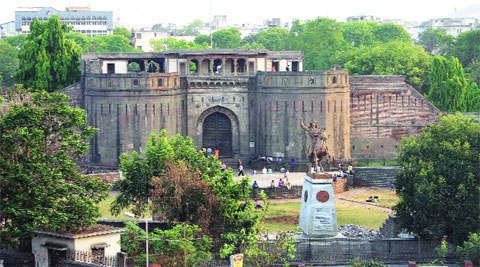 History and Development Of Pune City Of Maharashtra

Pune is a city in Maharashtra. It is known for its serene ambiance, favorable climate, and diverse culture. It is the perfect city for a weekend getaway. One of the most admirable things in Pune is the balance that the city has maintained between its traditional roots and modern enhancement. It is lovingly called as “Oxford of the East” and is a place to visit to admire its development.  There are many places one can visit in Pune to see how the city has expanded its horizon and is competing with various other cities to set a name among the successful cities of India. If you do visit Pune, you can see it for yourself with the list of remarkable improvements that the city has witnessed over time.

Something as simple as the airport which was established in 1939 underwent a major renovation with a 200 billion modernization plan launched in 2008. The runaway was also renovated recently. The area around the airport also improved drastically with the setting up of various hotels near Pune airport making it easier for the commuters to enjoy a comfortable stay.  It is a small airport but the progress is very visible. So even if you do not travel to Pune in flight, do pay a visit when you are in the city.

Over the many years, Pune has seen a steady growth with many colleges opening up to educating the young enthusiasts. if you are in the city, you must visit Symbiosis college which is one of the leading universities in India. There are over 400 colleges in Pune catering to the needs of many growing people.

This is an exclusive resort that has attracted international visitors every year. It is situated in Koregaon and has several programs including meditation. It has a calm ambiance and is very nice place to stay to relax and de-stress from the busy life of the city. They also have various shops that sell ceramics, clothes, organic items and more. Do visit it if you want to gain a spiritual experience. The meditations techniques are great and there are dance celebration activities that rejuvenate you.

An emerging IT center, Pune has various tech parks which have grown over the years, revolutionizing the city. This has led to a drastic improvement in various job opportunities. This, in fact, has led to many established companies and MNCs being set up in the city. Due to various tech parks, areas around the tech parks have also launched restaurants and other amenities filled infrastructures. It is also home to some striking tech parks with amazing infrastructures.

Pune is located geographically amidst the foothills of Sahyadri Mountains and surrounded by hills and green forest. Due to its greenery, the climate works very well and balances out the heat and cold.  The hilly areas allow you to take long drives and enjoy the aesthetic beauty. One can even trek and plan weekend trips to Lonavla, MulshiLake, Shingad, etc.

previous article
Try Out These Amazing Flavours For A Memorable Birthday Party
next article
Travel Tips: The Best Seafood Restaurant In Reykjavik