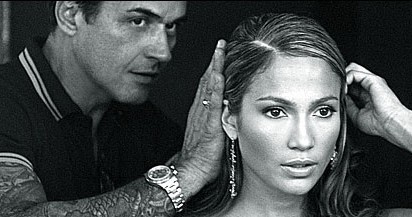 Getting An Appointment With A Famed Hairstylist

If you want to attain a hairstyle that looks like a million dollars, you probably want the assistance of an internationally renowned stylist. There are quite a few prominent hairstylists all over the world. They work in prestigious salons in the globe’s most bustling and cosmopolitan cities. People who want to get their hair done by famed hairstylists tend to head to major metropolises such as Los Angeles, California, New York, New York, Chicago, Illinois, Paris, France, London, United Kingdom and Tokyo, Japan. Some of the most well-known hairstylists of all time live and work in those cities. They work for established clients ranging from political figures to Hollywood film stars and beyond.

Big Names in the Hair World

Examples of some extremely famous hair stylists of the moment include Frederic Fekkai, John Frieda, Oribe and Nicky Clarke. Some of these hairstylists are so well-known that people can easily find their product lines in salons, department stores and drugstores around the planet. John Frieda is an example of a hairstylist who has his own range of hair care products. The British stylist has a beloved collection of products that are suited for people who want to maintain healthy and beautiful blonde tones in their hair. Frederic Fekkai and Oribe are two other examples of established hairstylists who have their own lines of products. One notable Frederic Fekkai product is called the “Brilliant Glossing Styling Cream.” This product is suitable for people who want to achieve locks that look and feel glossier and softer. People who are unhappy with the texture of their hair often turn to this well-known Fekkai offering. One notable Oribe product is called the Sculpting Cream. This hair care product aims to help people who wish to maintain the appearances of their locks. If an individual wants to maintain the fresh appearance of her gentle waves, the Sculpting Cream may be able to help her significantly.

It isn’t always easy for people to schedule appointments with famed hairstylists. These stylists tend to have jam-packed schedules for weeks and even months at a time. They also tend to spend a lot of time traveling. Some hairstylists spend significant amounts of time doing hair for actors and actresses who are filming movies on location. Some of them spend a lot of time doing hair for busy celebrities who are shooting cover stories for major publications. If an individual wants to land an appointment with a highly sought after hairstylist, he or she should probably expect to wait a little while. Waiting for a famed hairstylist, however, is usually well worth the effort. These talented and experienced people are famous for a reason.