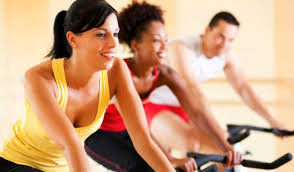 The decision to divorce your spouse is rarely an easy one. It usually comes after multiple attempts to make the marriage work for both partners. Whether the decision is unilateral or mutual, it’s still going to be tough. You have to protect your interests, but if there are kids, you need to make protecting them the first priority. You also need to tread carefully and make sure you don’t mess up when you’re going to divorce court.

Do get a family law attorney

A family law attorney is a really good idea if there’s only two of you, but if you had kids, it’s pretty much essential. Family law can get incredibly complicated, and you don’t want to face that alone. If you’re thinking, “My estranged spouse won’t make it difficult” or “We’ve already agreed to custody,” then that’s good, but you can’t bank on it. Hopefully everything will go smoothly and you’ll only need an attorney to draw up a basic custody agreement that you and your co-parent agree to without any problems. But problems often crop up when it comes to custody battles. At worst, parents can use their children as weapons to hurt the person. That’s not good parenting, but it happens way too often. You need an attorney who will tell you not to do that, and who can swat down any attempts by the other parent to play dirty. Your attorney can be aggressive if and when it’s warranted, but you need to try and play the game as fairly as possible for the sake of your children. For instance, if you think drop-offs might be an issue later, have your attorney craft language that’s very clear about what should happen when you’re trading custody. That will benefit your children as well as you.

In many ways, having a child with someone binds you to them more strongly than if you marry them and never reproduce. You will always be co-parents, even if you are no longer partners. Remember that when you’re tempted to go scorched earth.

Do not lie to your attorney, and definitely do not lie to the court. Stick to the truth. Judges have seen plenty of parents who lie in an attempt to secure a more favorable custody arrangement. Any family law attorney worth their salt wants to know about ongoing issues that could affect custody. If one parent has an alcohol problem, that’s relevant. But do not make up outlandish accusations. In the most extreme cases, parents will coach their kids to say that the other parent abused them in some way. Then Child Protective Services comes in to investigate, and guess what? They don’t like being lied to either. So don’t do it. It’s morally wrong, and you could  be handing your co-parent a good case for parental alienation.

It’s OK to be sad about the end of your marriage. Plenty of parents dream of raising their kids in a two-parent home. But just because the marriage is broken doesn’t mean you have to burn everything down on your way out. Don’t put your kids in the middle of whatever issues you and your ex have. Do everything possible to show your children that there’s more than one way to have a healthy, loving family, even if all of its members aren’t under the same roof.