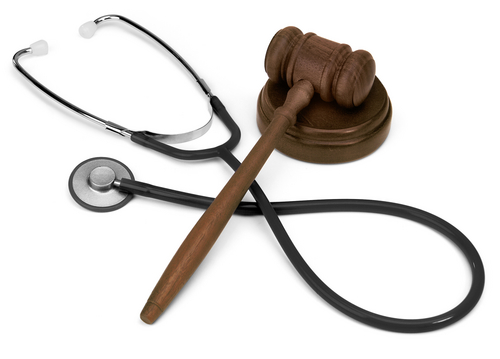 In its most basic form, medical malpractice insurance is a system whereby workers within the medical industry will be provided public liability and professional amnesty in the event that they are taken to court for malpractice or clinical negligence. Such is its importance to people practicing medicine that many jobs within the industry will offer it up front as an employment benefit. What isn’t always realized, though, is that not all medical malpractice insurance schemes are the same. Usually what jobs offer their employees is a “claims-made” policy that will assist in certain situations but is widely useless in other situations.

It’s safe to assume that you want your insurance policy to actually be capable of protecting you and your assets in court, so you should probably make sure your class of insurance is suitable for the situation you’re in. Further to this end, a study of the different classes of medical malpractice insurance can often make or break your defence in a claims court.

This class of insurance provide coverage during the time in which a claim is made, and can protect for as long as the insurance policy is active. The actual date of the event the claim refers to is irrelevant. If you were not insured when the malpractice occurs but acquired it when the claim was filed, then you’re still covered. This is perhaps the most common variety of coverage offered but is, as you’d expect, imperfect.

The moment your coverage expires so does any protection it can offer you. So if you’re in the middle of a claim when the contract runs out, you’ll no longer be able to use it to protect your assets. This can be prevented by purchasing a “tail”, which allows the policy to continue for a bit further. While some insurance providers may offer tail purchases for free, expect to pay a lot for them. Alternatively, you can have a new carrier pick all the exposure back from the original claim date.

Claims Made and Reported

This is even more restrictive than the usual claims made class of malpractice insurance. Instead of covering any claim that occurs while the policy is active, this particular variety will only cover policies that could lead to a claim if it occurs and is reported during the same policy lifespan. If it expires, then it can no longer cover that particular incident, even if the coverage is renewed. Most people try to avoid these policies in favour of classes that are more generous in their protection.

This is a particularly nasty coverage that only protects if a claim is “paid” while active. This is often used by providers to keep medical practitioners tied to them even if premiums start to rise.

While claims-made coverage only protects when the claim is made, occurrence policy can also cover you from the point in which the event occurs as well. Even if the policy is no longer active. So if a case of malpractice occurs when the insurance was in force, but the lawsuit was made after it expired, it will still be able to afford you protection. Many people prefer this form of insurance coverage, however, it’s extremely difficult to get hold of.

Before you sign on to any medical malpractice insurance policy, ensure that you do a lot of research into the class you’re being offered. Make sure you’re satisfied with the protection provided, and that it adequately covers your expected needs. Talk to an agent, such as the ones at the Oros Risk, to be sure you have an understanding of the medical malpractice insurance you’re considering to sign with. Also consider “pure losses” and “ultimate net losses” when comparing policies as well. Pure losses are simply any cash paid to the plaintiff should they win a case while net losses also include fees paid to the lawyer.

If you find it’s actually of little to no use to you, then don’t be afraid to switch to a new carrier. There’s no point in keeping malpractice insurance that offers you no protection.

Chrisitan Mills is a freelance writer and insurance agent who shares tips and experiences when dealing with insurance. If you would like to learn more about Christian, you can check out his Google+ profile.