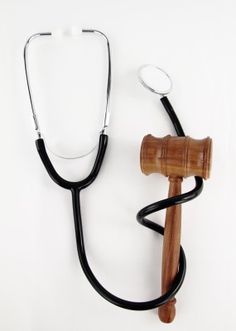 Could Parents Who Use IVF or Other ARTs Be More Likely To Make Medical Negligence Claims Following Childbirth?

Birth injury claims are some of the most serious cases that medical negligence solicitors see. Infants, who are usually the victims in these cases, may be unlikely to ever recover from their injuries and could, require care and assistance for the rest of their lives.

So what leads to these personal Injury claims? Recent research from Plymouth University has indicated that women who conceive naturally could be less likely to face problems in childbirth than those who utilise assisted reproductive technology (ART) to conceive, as a result of the so-called ‘precious baby’ effect.

The study, which polled clinicians  from all over the world, found that while 45% of respondents would tell a 37-year-old expectant mother who conceived naturally that she should go through an invasive amniocentesis test to find out whether or not her child has down syndrome, among mothers who had used ARTs to conceive, this falls to just 19%.

This follows previous investigations, which found that women who used ARTs to conceive are more likely to opt for a Caesarean section than those who did not, as the ART-using group aim to reduce or eliminate any risks the baby may face during childbirth.

A total of 160 gynaecologists and obstetricians were polled in the study. All respondents were presented with anonymous questionnaires that dealt with hypothetical circumstances. Overall, 31.9% of the professionals polled recommended amniocentesis, with an additional 31.3% doing so after seeking further information about the hazards faced by the mother and infant. The differences became apparent when the nature of the pregnancy was disclosed and considered by the medical expert.

So what does this have to do with medical negligence claims? The researchers suggested that certain values can be added to pregnancies, and when women who have found it difficult to conceive fall pregnant with the help of ARTs, this adds an additional level of value to the pregnancy.

However, Plymouth University’s Associate Professor of Psychology Dr Yaniv Hanoch argued that people expect clinicians to be consistent when offering recommendations to pregnant people, especially in regards to tests for serious medical conditions.

While the scientists admitted the research is not conclusive and is only indirect, it appears to show that the management of ART pregnancies and natural pregnancies can be different, and that clinicians can also fall into ‘previous baby’ syndrome.

Presumably clinicians miss out on these tests because they do not wish to recommend a termination to someone who has tried so hard to become pregnant and has had so much difficulty. However, when these tests are advisable but are not performed, and a child is born with a serious birth defect as a result, the parents may be able to make a medical negligence claim against the practitioner who failed to properly check the health of the baby before it was born.

Clinicians should take all steps to ensure they do not fall prey to precious baby syndrome and treat every patient in a consistent and responsible manner.