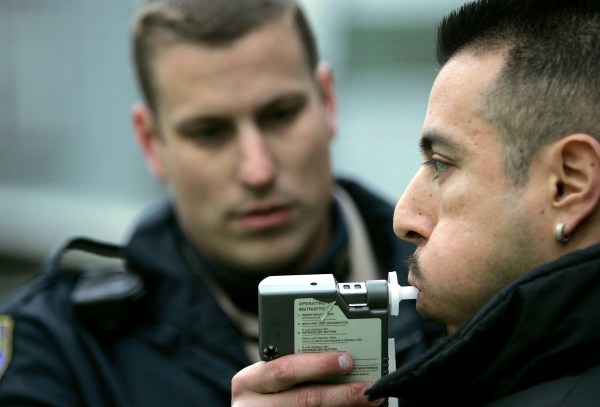 Can I Be Judged Guilty Of A DUI For Refusing A Breathalyzer Test?

If you’re pulled over and suspected of driving under the influence, there are three primary ways in which an officer can use to test your blood alcohol content (BAC). Of these three tests, the most common while out in the field is the use of a breathalyzer, which can measure the alcohol content on your breath. When it comes to refusing to take the test, the issue is that the laws regarding BAC testing vary from state to state. While some states have no penalties for refusal, some will add even more penalties for refusing, in addition to the DUI.

What are the Penalties for Refusing a BAC test?

Primarily, a driver who refuses to submit to blood alcohol testing, whether it be blood, urine or a breathalyzer, results in a license suspension, which can last from 3 months to a year. What makes matters worse is that these charges are often factored separately from any DUI charges you accrue. Even if you’re acquitted of your DUI charges or not charged to begin with, you can still face penalties for refusing the test, which can include suspension, points on your license, fines, insurance surcharges or even revoking your drivers license.

In some states, refusal of a breathalyzer state is a criminal offense, which means you could face potential jail time just for refusal. In a growing number of these states, refusal to submit to BAC testing is considered “consciousness of guilt” meaning you can be found guilty of a DUI based solely on your refusal to take the test, instead of your BAC being over the legal limit. Because the supreme court has ruled that this is not in violation of one’s right to not incriminate oneself, it’s become a surefire way to be charged with a DUI.

What do I do if I’m asked to take a Breathalyzer or other BAC test?

Unless you are quite familiar with your state’s DUI laws, it is typically in your best interest to consent to the testing. Even if you’re not over the legal limit, simply refusing the test can land you in a heap of legal trouble. While it’s recommend that you consent to the tests, it’s also important to note that the Officer informs you of your chemical test rights. This will include the penalties for refusing the test. Failure to do so on the officers behalf can provide grounds to dismiss the charges. This also includes the right to a blood or urine sample that is taken so that you can perform your own tests.Ultimately, a blood test is the most accurate when it comes to measuring your BAC, while a breathalyzer is more subjective, meaning there’s a better chance of challenging it in court do to the nature of the test.

The important part is to not put yourself in a position where you have to consider refusing a breathalyzer test. If you are pulled over under suspicion of drunk driving and asked to submit to a test, it’s better to go along with it than not, even if you’re charged with a DUI because of it. Otherwise you could find yourself with not only DUI charges, but criminal charges as well. In instances of multiple DUIs refusing a breathalyzer test can be considered a felony in some states. So unless you know the in’s and out’s of your states laws, save yourself the trouble and take the test.

+Andrew is one of the leading DUI and criminal defense attorneys in both the state of Maryland and the District of Columbia. He writes about Maryland DUI and criminal law on his blog, has numerous videos on the subject and has been asked to appear on national television to offer his legal opinion on high-profile criminal cases.