Are Cardboard Buildings The Future?

Inexpensive, easy to manufacture and kind to the environment, could cardboard buildings one day solve the housing crisis and become our homes of the future? 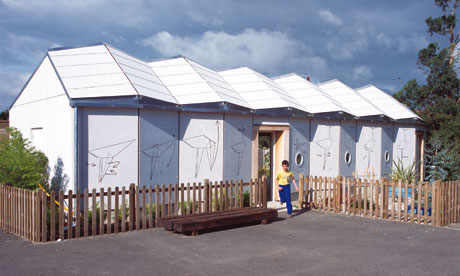 Cardboard is the ideal building material. Not only is it cheap and easy to produce it also has excellent insulation properties. It looks attractive and can be painted or printed on to complement surroundings. It has already been used to construct housing and other buildings such as towers, pavilions, bridges, and even a cathedral.

When the 19th Century cathedral in Christchurch, New Zealand was destroyed by an Earthquake, a new one was constructed from cardboard. Cardboard structures are surprisingly robust and can survive an Earthquake relatively unscathed, unlike their concrete counterparts

But is cardboard really a suitable material for building?. While it is ideal for the food industry and shipping, won’t it become soggy in the rain or catch fire from a discarded cigarette butt?. The Christchurch cathedral is designed to last no more than 20 or 30 years, and you would expect your home to last longer than that..

Supporters of flat pack building construction are quick to defend their structures. It’s not about what it is made of, but how it is looked after, and how it is repaired and restored. It is a straightforward job to repair a cardboard building, unlike concrete. Cardboard can be made waterproof with varnish or resin and special waterproof and fireproof coatings have been developed.

Many architects are coming up with ideas for flat pack buildings. Finnish designers have sculpted an acoustic room, British architects Cottrell & Vermeulen have designed a school building in Westcliff-on-Sea, and Frank Gehry’s “Easy Edges” cardboard furniture continues to be produced.

In 2012 a cardboard bicycle was invented and a cardboard bike helmet recently hit the headlines as a much safer alternative. For a range of packaging machinery see packaging-machines.co.uk.

So could cardboard housing be the way forward? Could it really help to solve the housing crisis? Many people believe cardboard housing could be a genuine temporary housing option. The cardboard house represents a greener, more simple style of living. It is is inexpensive, easy to transport and less damaging to the environment.

It could be a solution while your house is being built, or be used for emergency housing for refugees or those fleeing domestic abuse. A waterproof roof can be constructed from plastic and this material could also be used under the floor and in the kitchen and bathroom.

As housing costs soar and we move towards eco-friendly lifestyles many of us will be looking for housing alternatives. Your cardboard home will be fully recyclable. You can effectively live off grid, collecting your own water and generating your own electricity.. You would enjoy the benefits of low running costs and the capacity to repair and restore your home as required.

Although this style of living could be attractive to a large number of people, whether it could be a possibility in the UK remains to be seen. While cardboard can withstand an earthquake, it may have more of a problem surviving the soggy British weather!

Tags:CardboardInexpensivethe environment
previous article
Top Places To Watch In Turkey
next article
HAVE FUN AND ADVENTRUE AT RIVIERA MAYA VACATION