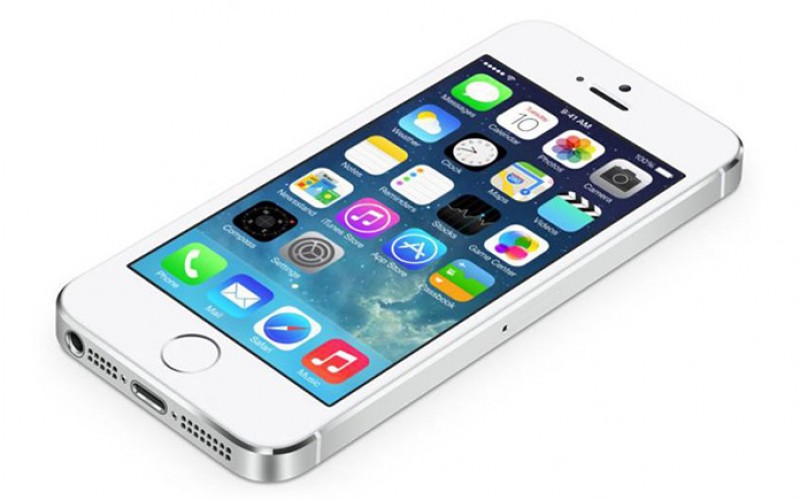 Apple iPhone 5s: The Most Sought After Device

In the world of the smartphone, there are lots of players these days, and many of them have to go for tremendous marketing campaigns to attract the buyers. The competition in the field touches new horizons everyday, and for a number of companies, it is difficult to survive also. The Telecom Giant, Apple is the only player who does not have to go for such campaigns as the class users wait for the announcement of the new devices from the official site of the company.

This sensation and prestige are not acclaimed by the company overnight. There are a number of technocrats and experts who have made it possible for the company to achieve a high position in the market. The company is much famous for its amazing devices in the field of computers. However, it has got more reputation in the market due to its smartphone devices. The iPhone 5s has touched new heights of success in the market due to a number of amazing features it has offered to the users. The company has its own operating system which is much competitive to the Android according to the market experts. The smartphone is provided in a medium price segment that can help even a common user to improve his routine smartphone experience.

This device has a number of features that have created a different sensation in the market and hence every smartphone user just wants to explore the device at least once whether he can afford it or not. This is the magic it has created with enormous efforts through the research and development which has left the nearest rivals also far behind. To understand the device, one must know a few of its features, which are provided here.

This device is a much famous one from the smartphone Giant Apple. It has a 4-inch display with 60.66% body to screen ratio. The device was launched on November 1, 2013. It has 58.6 width and 123.8 cm height with the 112gms weight. Hence as per the screen and size, it can be operated with one hand also. The screen has 326 PPI with 640×1136 pixels. To offer better viewing experience, it has IPS LCD backed with Coning Gorilla glass.  The multi-touch screen has capacitive touch also that can enhance the touch screen function. It has iOS v7 as an operating system that can offer the user explore all the functions of the device easily including more apps at simultaneously.

The camera is the primary concern of modern days’ smartphone users. The

Apple iPhone 5s does not disappoint the users from any viewpoint. The primary or rear camera is of 8 MP, but it offers amazing picture quality. It has Dual LED Flash that can capture the high-quality image in dull light also. The front camera or secondary camera is of 1.2 MP and without flash. The camera is equipped with 3264×2448 pixels and 2.2 F aperture. It is also provided with exposure compensation that can help one get better images easily. For those who love to have video shooting, there are three different modes provided which are burst mode, continuous shooting, and HDR mode. Other than these features there are features such as touch focus, face detection, digital zoom, autofocus, image stabilization and auto flash which can help the user get some wonderful images with the help of this device.

This device is also loaded with many other features as usually expected by the iPhone users. It has a front facing fingerprint sensor for more safety. There is also a compass, light sensor, gyroscope proximity sensors and gyroscope. The device has Dual core Cyclone processor, with Apple A7 APL0698 chipset. It has PowerVR G6430 Graphics for better viewing and 64-bit architecture also. However, there are some features which may disappoint a common user. It has 1 GB RAM which may be not sufficient for an ordinary user also. This device does not have an FM radio and hence for those who love to hear songs on FM it may be a little disappointing.

The iPhone 5s is provided with an internal memory of 16 GB which may suffice for the users who just want to have it used for some official purpose only as for a common user it is surely of not so much use. It does not support an external memory so that the user can have an expansion of the same. The battery of this device is really good as it is just of 1560 mAh but offers the talk time of 10 hours. It is Li-ion battery with 250 hours’ standby time, and as per the standard policy of Apple, it is non-removable.

This beautiful device has an upper hand over the competitors as far as the connectivity is concerned. It can work on 2G, 3G, and 4G that supports the India bands also. The device is a single SIM device where the NANO sized SIM must be used. Like many other devices, it also has EDGE as well as GPRS. However, the Bluetooth v4.0 is provided, but it can be used with another Bluetooth of Apple only. The device has USB 2.0and Wi-Fi 802.11 a/b/g/n with hotspot also. Those who seek NFC facility will have to be disappointed as this device does not support it. The device runs well with the mobile hotspot also.

This power packed device is available in a medium segment price range as it is available at 18000 INR. However, one can go for many other devices in this range if he does not have a problem with the brand.

Those who love to use iPhone or who are fans of Apple brand can surely go for this device because as per the brand name and logic; it is a perfect device. However, those who want to have better features in the smartphone can go for other devices as well. Hence, it depends on one’s utility of the device.