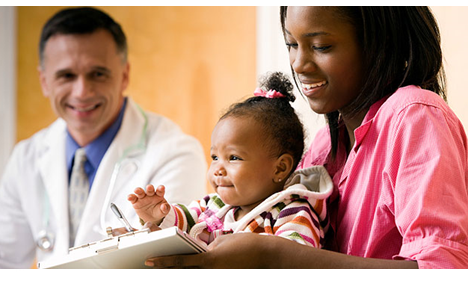 Health care workers, from doctors to nurses to even the maintenance staff, are always at risk of catching contagious diseases while on duty. While dozens of safety guidelines and policies are implemented in hospitals and clinics, accidents may still happen, which may result in serious health consequences.

For the most part, healthcare workers often struggle to keep up with the demands of their job, which is to make sure that they tend to their patients in providing them the care and treatment they direly need, especially in urgent situations. However, they get exposed to a lot of injuries and illnesses, making the healthcare industry one of the most vulnerable among private industries in the U.S. because of the inherent dangers of working in such conditions.

One of the inherent dangers that are commonly associated with the healthcare industry is the use of equipment and supplies found in hospitals, clinics, and other facilities. Obviously, they range from simple scalpels, needles, stethoscopes, thermometers, and other tools to sophisticated apparatuses such as x-ray machines, magnetic resonance imaging (MRI) and computed axial tomography (CAT) scanners, and other machines. With these pieces of equipment, doctors, nurses, and other professionals are able to diagnose, treat, and care for their patients with great ease and efficiency.

Unfortunately, handling them has risks involved. Without any hygienic actions involved after usage of common hospital equipment and supplies for patient diagnosis or treatment such as sterilization and hand washing, workers may very well contract bacteria and viruses that could causes a variety of illnesses. The risk of contracting diseases increases further when workers are exposed to blood-borne pathogens, which are germs that live in human blood, found in used scalpels, needles, and other sharps that were used in highly-invasive procedures, from simple drawing of blood to complicated surgical procedures.

Given the risk of handling sharps, it is a requirement among medical facilities in Australia to have protocols in disposing them. Sharps container disposal plays a crucial part in keeping workplaces safe. Additionally, proper disposal of sharps dramatically reduces chances of people getting infectious diseases from accidentally handling such objects.

Injuries caused by handling and disposing of needles and other medical sharps, as well as exposure of blood and other bodily fluids to mucous membranes such as the mouth, eyes, nose, put workers highly at risk of suffering from diseases brought about by blood-borne pathogens. These diseases include HIV, or human immunodeficiency virus, which causes AIDS, and Hepatitis B and C viruses, which causes liver damage and other infections.

Lack of hygiene may also result in workers, as well as patients, to contract other illnesses due to the bacteria, viruses, fungi, and other microorganisms present in other hospital equipment. These are nosocomial infections or commonly known as hospital-acquired infections. These are pneumonia, urinary tract infection, gastroenteritis, and other types of fever and respiratory infections. Sharps container disposal is very important in the hospital and healthcare setting because it prevents spreading of contagious and infectious diseases caused by improper handling of sharps.

Australian healthcare workers, even though they are exposed to these risks of infections, are capable of controlling them. They can prevent themselves from suffering cuts and other injuries, as well as avoid exposure to sharps and other hospital equipment, by following certain standard procedures before, during, and after patient care. Hospitals and other medical facilities must have programs in place for handling sharps and other equipment, as well as hygienic procedures to ensure that all areas and equipment are properly cleaned. All in all, proper handling and disposal of used sharps can assure the health of each and every healthcare worker in the country.

Tags:Healthcare
previous article
4 Tips On How To Hire The Best Tradespeople For Your QLD Owner-Builder Project
next article
Are You Driving In The Right Direction?