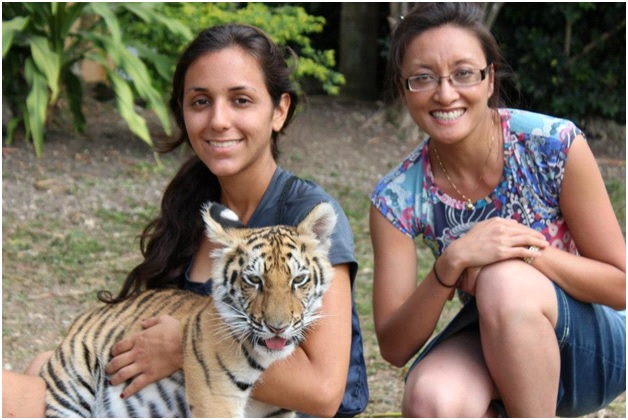 One of the most difficult problems that are faced by the current world scenario is the loss of biodiversity. Owing to a number of different problems like that of global warming, human encroaching on wildlife areas and over-exploitation of wildlife, many species, 785 of them to be exact have become extinct in the modern world. This is in fact one of the biggest problems of the modern world since the ecological balance in this world is quite delicate and any false move on the part of humans can lead to a loss of biodiversity in the world, causing in the upsetting of an entire food chain.

In the recent years, there have been a number of efforts to ensure that the wildlife is protected through active human interactions in the cycle of animal lives. Some of the biggest success stories are often started in a small scale, with the rescue of small animals in the world that may have become abandoned by the herd or have lost their mothers in some form of combat. With proper human care and concern, these animals can be reared up in captivity and this is exactly the case of the two white lion cubs that have become the newest rescues in the Zoological Wildlife Foundation in Miami. Rescued from South Africa, these cubs are a pair of albino lions, which is quite a rare sight in the recent years.

This Foundation of Miami has been around for over 16 years at the time and hosts a number of different species of animals that have been rescued from different parts of the world. The foundation is a home to camels, monkeys and even tiger and lion cross breeds and has been a safe haven for these animals who can enjoy a peaceful life in these intimate settings. Occupying over five acres of land, the foundation offers a chance for these animals to lead a peaceful and normal life. The cubs, named Kahima and Kunto are a pair of white lion cubs who were rescued from a fate of being sold to canned hunters in Africa and were discovered in a breeding ground. However, with the intervention of the officials, these cubs will now have a safe place to mature and grow in within the safe confines of the zoo and will be nurtured by the staff.

With the initiative taken by the owners of the zoo, these endangered species of lions are being conserved in a manner to help them to have better odds at survival than in the wild. With proper care and concern, they will grow up to be healthy adults and will be a great achievement for the foundation, who are taking active steps to initiate the conservation process of these endangered species of mammals.

These cubs will also form a major tourism attraction, as they are quite a rare find and will turn out to be the central attraction at the Zoological Wildlife Foundation, which in turn will generate enough revenues for the rearing up of more rescues like Kunto and Kahima.

Tags:Zoological Wildlife Foundation
previous article
Rugs and Their Related Features
next article
Can You DIY A Pool?