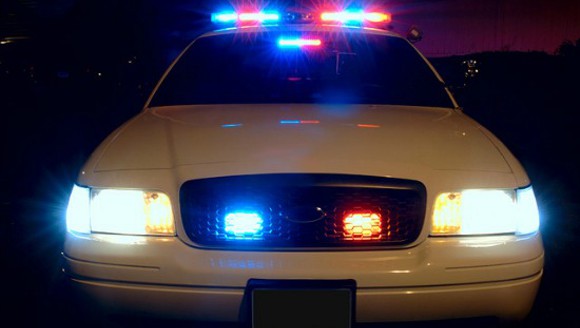 5 Things You Should Do When Getting Charged With A DUI

It’s last call on a Friday night, after a grueling week at work, you decide to have a few drinks with some co-workers to celebrate surviving another week. You finish your expertly crafted cocktail, and lurch from your bar stool to make the walk out to the car. You don’t feel you’re too drunk to make the drive around the block to home so you hop behind the wheel and pull out of the parking lot. With home just around the corner, you feel your heart drop as you see the flash of red and blue lights behind you. You’ve just been pulled over. This is an all too common scenario, and while the details might vary from case to case, the outcome is the same, you get charged with a DUI. From the moment you see those lights flashing behind you, every move counts, here are the first 5 things you should do after being charged with a DUI.

There’s a lot of emotion that happens when you get pulled over. Even getting stopped for a basic traffic citation can be stressful, getting pulled over when you’re intoxicated can be even worse. Panicking in this moment doesn’t help, in fact it often gets you into more trouble. People have an overwhelming tendency to do something stupid when they panic. If you see the lights behind you, pull over as quickly and safely as possible and remain calm.

Chances are, that even without a breathalyzer, the officer will know that you’ve been drinking. While you do have the right to refuse consent to field sobriety testing, you are subject to chemical testing which also includes a breathalyzer test. While it might seem damning at the time, refusal to submit to a breathalyzer test has the possibility to land you in more trouble in addition to the DUI charges being brought against you. These penalties are processed separately, and come in the form of increased fines, license suspension time and even the possibility of jail time for certain states. Because of this, it’s in your best interest to comply with the breathalyzer test.

Remember the Details of What Happened

It’s possible to be charged with a DUI even if you’re not over the legal limit. Try to keep the details fresh in your mind as to what happened when you were pulled over and what happened during. What where you doing before you were pulled over? Where you sick that day? What were the roads like? While these details might not seem important at the time, anyone of them could be useful for your attorney.

Unlike basic traffic violations, a DUI is no matter to take lightly. DUI’s have a profound impact on your life and have a tendency to stick around for a while, even after the fines have been paid. It’s important to realize the gravity of the situation you’re in and act accordingly.

This is the most critical step you need to take when you’re charged with a DUI. Most of us don’t have the legal background necessary to be able to have a chance in court. A strong DUI attorney with both state DUI law experience and chemical testing procedures is invaluable when it comes to being acquitted of your charges. Protecting yourself, your livelihood and your family from the ravages of a DUI conviction are worth the price of hiring an attorney.

+Andrew is one of the leading DUI and criminal defense attorneys in both the state of Maryland and the District of Columbia. He blogs about Maryland DUI law, has numerous videos on the subject and has been asked to appear on national television to offer his legal opinion on high-profile criminal cases