5 Features Of A Documentary Film That Create The Right Impact

If you are looking to start making documentaries, there are many things you should keep in mind. The top few are listed below:

Films and videos have started to play a major influence in our lives. Not only is it important for you to be able to have the right kind of exposure but many have started to try their hand at creating on-screen magic all the same. According to some of the top documentary filmmakers in Delhi, while it is important to make sure that the documentary is shot properly, the biggest part of it is the storyline. More often than not, documentaries are used to portray real life stories, and the angles that are used for the same differs certainly.

Shooting a documentary needs to be done very carefully and extraordinarily well because it needs to have the intended impact on its audience. Here are features a documentary film should possess in order to have the right kind of impact: 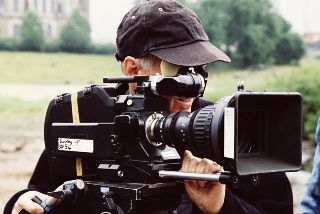 The story is the reason for the documentary to be alive. Without a story, a hard-hitting one, there is absolutely no need for a documentary. The story needs to focus on important issues and have a hook to it. This can be difficult to find because the producers cannot rush it along in a documentary and need to wait for it to unfold by itself. That is why documentaries normally capture everything about that person or the conflict and several parts are edited out later.

You need good characters in a story. You don’t always need them to be a protagonist or an antagonist, but without characters, your audience will quickly lose interest. Your audience needs that human embodiment in order to empathise and feel with the documentary.

The visuals cannot just be of interviews or following people around because that is not at all interesting. Along with the heavy facts, your documentary should be able to have striking visuals that help convey the story better in order to strike a chord with your audience.

There has to be a reason for you to have gone through the pain of making documentaries. Many different things are going on in the world, and if you are keen on making the audience realise this, then the reason or the take away for this documentary is necessary. This needs to be evident towards the end of the documentary as you need to help and guide your audience towards it otherwise, it was all for nought.

Another aspect or feature that is important is the sound. From good microphones to the appropriate music, without proper sound, your audience might not be that into the documentary. The sound is something that certainly makes the film come together so it is not something that can be ignored.

Tags:Documentary filmmakers
previous article
Singapore Ranks 2nd in Ease of Doing Business
next article
5 Of The Best Sports Movies Of All Time