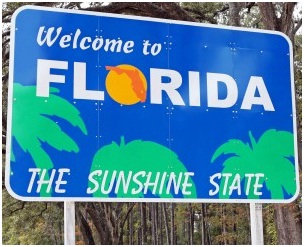 21st Century Sunshine: How Florida Can Be An Economic Model For Other States

As one of the nation’s largest and most diverse states, Florida occupies a unique place in the American psyche. With thick tropical forests and stunning white-sand beaches, the state is a noted vacation destination; its vibrant urban culture, exemplified by the world-famous street life of Little Havana and South Beach, makes it a destination for cosmopolitan tourists from every corner of the globe.

But Florida’s economy hit the skids hard during the late 2000s, thanks in part to a painful housing crash that wiped out billions of dollars in real estate value. While things look a bit better today, no unbiased observer would argue that Florida is all the way back from the brink. Fortunately, local public advocates have a variety of common sense ideas that could strengthen Florida’s economy and position it as a truly global leader in the coming decades. Here’s what they’re talking about.

Florida’s port ecosystem is a huge economic engine for the state. The Port of Tampa, for instance, directly contributes $15 billion to Florida’s economy and processes untold thousands of affluent cruise passengers per year. Even better, an ongoing expansion promises to double the Port of Tampa’s capacity within a decade. But other Florida ports don’t measure up as well. To keep them competitive, the state government should create Free Trade Zones that make it easier to start and operate businesses near major ports.

The U.S. government’s recent decision to end its Cold War-era Cuba embargo has special relevance for Florida. As the state closest to the formerly isolated island nation, Florida is better-positioned than any other jurisdiction to benefit from Cuban-American trade and tourism. As tourists from farther north stop off in Miami before a flight or boat ride to Havana, the southern half of the state can expect a major spending boom. And Florida-based businesses — at least, all but the state’s cigar manufacturers, which Cuba already has plenty of — now enjoy access to a big new consumer market. The biggest challenge of the moment: Harnessing the inevitable “Cuba boom” to improve trade and tourism connections with other Caribbean and Latin American nations, like Haiti and the Dominican Republic.

In the early 2000s, then-Governor Jeb Bush’s education policy formed the basis for Common Core, the Obama Administration’s signature education initiative. Though Common Core is somewhat controversial, no one denies that Governor Bush’s reforms had a huge impact on Florida’s education system.

Judging by recent encouraging education proposals from the highest levels of state government, Florida’s leaders are building on Bush’s accomplishments. Now, it’s up to the state legislature to implement proposals that would boost Florida’s per-pupil education spending to its highest-ever level, strengthen the state’s already excellent charter school network and take steps to make higher education more affordable for in-state and out-of-state students. After all, children are the future. More educational opportunities for them mean more opportunities for Florida to compete in the cutthroat global economy.

previous article
Your Guide To Buying Speakers
next article
How Can A San Antonio Criminal Defense Attorney Help You?