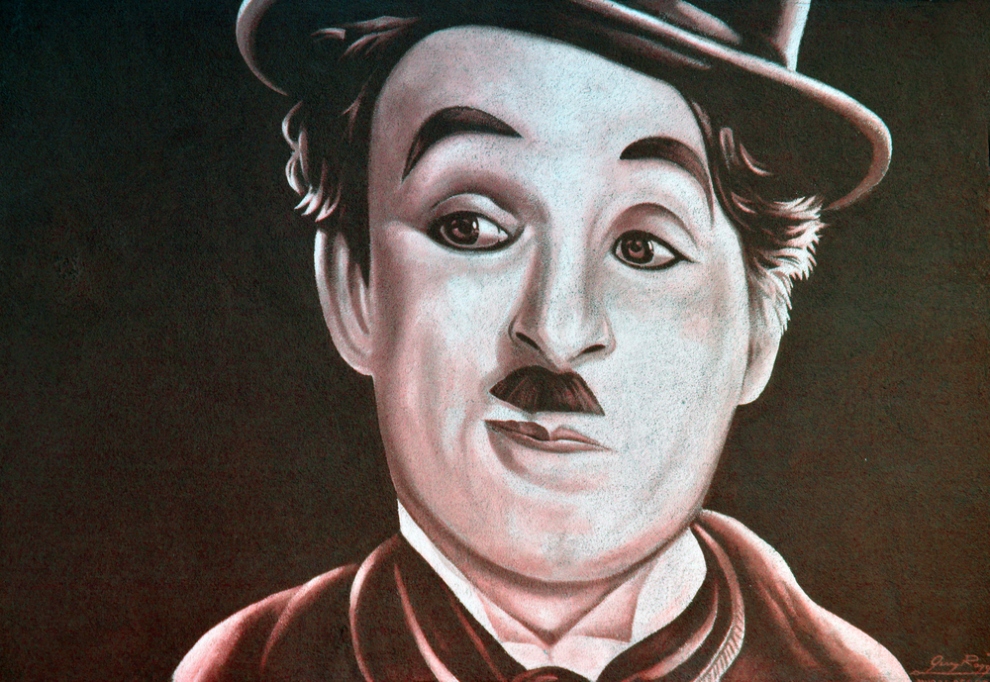 You might not immediately associate the Eastern European country Georgia with the career of Charlie Chaplin, but earlier this year, famed Russian-Georgian artist Zurab Tsereteli found a personal and aesthetic connection and used it as the driving engine of an exhibition that opened at MOMA Tbilisi earlier this year.

In ‘Charlie Chaplin in Tbilisi’, Tsereteli assembles eighty works, created over years, which place the silent movie star and early Hollywood innovator into the landscape of Georgia’s capital Tblisi. It’s not just Chaplin that forms the imaginative focus of this exhibition, specifically it’s his iconic ‘Little Tramp’ character – the hard done by everyman that speaks to Tsereteli, and who he places into the landscapes of his childhood.

As a young artist, Tsereteli built a reputation with grand projects: the foundation of his career was the creation of a series of grand, surreal bus shelters stretching across the Abkhazia region (which is now in Georgia). This bus shelters were part of a government scheme to bring art to the people of the USSR with large scale infrastructure projects. Tsereteli took his inspiration from the Black Sea that’s ever on the horizon in Abkhazia and created huge fish and sea shells, decorated with colourful scenes from the region’s medieval history and heritage of folk tales. Long before this, he was enchanted by Chaplin’s films, which he watched with his grandmother as a young and impressionable child.

Those images, burned into his mind’s eye at such a young age, informed his art over many years and this exhibition collects the results. Paintings, sculpture and painted ceramics are all on display, often placing Chaplin into the daily life of Tbilisi, and drawing parallels with the traditional Georgian figure of ‘Kinto’– an itinerant or down on their luck trader who scratched a living entertaining patrons of ‘dhukans’ or inns.

One of the most fascinating exhibits is a three metre high bronze sculpture of Chaplin’s Little Tramp. Standing in front of it is quite an experience: Chaplin is normally the smallest figure on screen, loomed over by bosses, policemen, any authority figure. To be loomed over by him in turn reverses that relationship, while at the same time recalling the experience of watching him on screen: a diminutive figure blown up to enormous size.

This exhibition is a fascinating showcase of Tsereteli’s art and the relationship of one of cinema’s first celebrities with the people and places of Georgia.