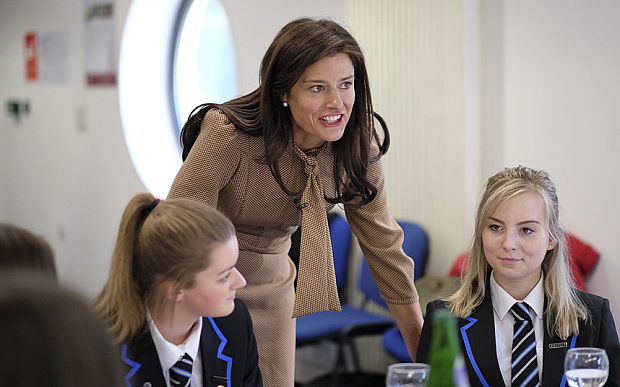 Women in Charity: Four Charitable Female Celebrities That Give Back

Charity is something that we should all try to contribute to in one way or another, and contrary to popular belief, not all forms of charity happen to involve money either. Of course, in an ideal world there would be no need for charity but we unfortunately don’t live in an ideal world, far from it in fact. When we think of celebrities, the first thing that springs to mind is their astonishing wage packets. Yes, celebrities are certainly not short of a buck or two, and that’s putting things mildly, and because of this, celebrities are often the first to be criticized for not giving enough to charity. However, as people tend to focus on the negatives rather than the positives, what many of these people don’t realise is that there are a number of high profile women in charity, including celebrities that dedicate a large portion of their lives to charity work. Here’s a look at just four of these inspirational female celebrities.

Shakira – As well as having a fantastic voice, what you may not know about Shakira, is that she has actually been presented with a medal by the U.N (United Nations), and has been honoured and awarded at the prestigious Oxford University for her remarkable work with impoverished children. She has set up two charities: The “Pies Descalzos Foundation”, and the “Barefoot Foundation”, which now operate five huge schools in Columbia, which is her home country. Her charities have raised millions and are helping impoverished children all over the nation.

Kelly Liken – Whilst not a celebrity mega-star, this celebrity chef famous for Bravo’s Top Chef, is still a very influential figure in the celebrity world and she uses this to her advantage when it comes to her charity work. She has helped to create a brand new gardening program and initiative for kids which is called “Sowing seeds”, which helps teach children about the importance of eating healthy, of farming and agriculture, and of hard work and dedication as a whole.

Ellen DeGeneres – Perhaps best-known for her “Ellen” talk show, this famous talk show host has actually influenced congress by urging them to support a brand new legislation dedicated towards providing healthier foods and drinks for children in schools all over the country. This means foods rich in vitamins and minerals such as fresh fruits and vegetables, as well as all-natural ingredients and low-fat school lunches. She has also recently started working with a famous dog food supplier dedicated towards creating healthier and more natural foods for our four-legged friends. There is also a comic book all about her life known as “Female Force” and 30% of proceeds from this very comic book are donated to the Humane Society.

Reese Witherspoon – Last on our list we have Reese Witherspoon. Reece was recently named the first ever Honorary Chairperson for the Avon Foundation for Women, a charity dedicated to improving women’s lives all across the globe. Some of the issues they tackle include finding solutions and treatments for conditions such as breast cancer, as well as helping victims of domestic abuse. Reese is now the global ambassador of the charity and has helped numerous women all overcome a whole variety of different issues.

previous article
Proven Ways To Ace Your SAT Essay
next article
Why Business Plans Must Be Flexible and Changeable?

What’s The Difference Between Disability and Workers’ Compensation Insurance?