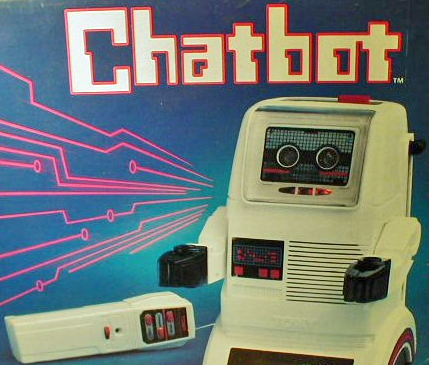 Why We Should Be Aware Of Chat-Bot Scams

The concept of artificial intelligence has been conceived for a long time ago and it continues to be popular with later portrayals, such as the Terminator series with Skynet system. Research on Artificial Intelligence (AI) continues to progress and some computer programs have even passed the eternal Turing test. Eugene Goostman is a popular program and although it is technically a very clever bot, it is believed as the true beginning of AI. The program is developed by two Ukrainian developers and designed to simulate the conversational patterns and personality of a young teenager. The Turing Test was performed in the UK at the Royal Society of London and based on tests, about a third of people who chatted with Eugene believed that they conversed with a real human being. The Turing Test is quite challenging, because it requires the program to handle 300 conversation with 30 human judges.

So, the humanity has only just encountered its early encounters with AI and it is unlikely that we will hand ourselves to these emerging overlords. However, the real definition of AI may not be as straightforward. Because we continue to know more about consciousness and intelligence, the validity of the Turing test has started to be discounted. Actually, the Internet has started to become flooded with chat bots, as scammers and fraudsters try to lure unsuspecting victims through online chats and instant messaging.

Obviously, many of these chat bots impersonate women and they can become a rather effective social hacking tool. We are already engaging a silent war against pop-up alerts and this could be an indication that we are facing a rather problematic situations. These pseudo-artificial intelligence programs are typically known as “text-girlie”, which engages on flirtatious chat with unsuspecting men. Their aim is to trick people to visit potentially dangerous website and share their personal details. The fun and colourful conversation would quickly lead to quick online dating schemes, so this is where potential problems may occur.

Over a period of time, chat bot scams have affected millions of people and there should be a common awareness among Internet users that they could encounter chat bots. Other than potential financial loss and data theft, people are often afflicted with embarrassment that they have been conned by a machine. This contributes to the slower spread of information about the possible threat of chat bot scams, because victims are reluctant to share their stories. As chat bots programs continue to be refined, they can be manipulated more easily by seemingly intelligent machines.

While it is easy to snigger to the misfortunes of people who have fallen victims to chat bots, we should be aware that we are already dependent on analytical and predictive software in our daily lives. These programs are used mainly in professional settings, such as to simulate weather patterns or airflow on newly designed aircrafts. They could be the early ancestors of future highly-intelligent AI programs and we should be prepared to deal with any possible consequences of their uses, such as for criminal intentions.