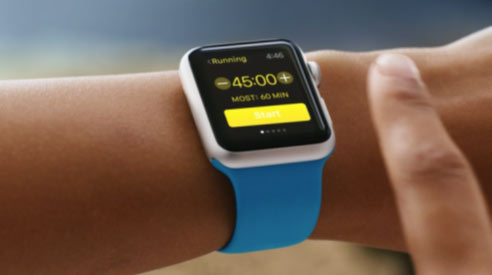 Why the Smartwatch Market Will Continue to Thrive?

Without doubt, a smartwatch is both nice to see and have. Even so, this device is still less than popular than a smartphone. In addition, not many people are fully convinced that they should have a smartwatch. Although smartwatches have been appeared for more than a few years, some people are still concerned that they will be one of those early adopters who will need to face the risk of buying a less sensible device, just because they want to be a bit more fashionable. In reality, a smartwatch could provide us with something that we can’t get from other mobile devices. With a smartwatch, they will become much more connected than ever before. A smartwatch is essentially a very small smartphone on our wrist. It could help us place or receive calls through a Bluetooth-paired smartphone in our pocket. In fact, some smartwatches support microSIM card that essentially makes it a true, small wearable smartphone.

Actually, when first smartphones appeared, average consumers weren’t too interested. At the time, only businesspeople wanted to access email and they could be considered as a niche market. Although the iPhone was far from the first smartphone, it essentially created a new, giant market. At the time, smartwatches could be in its early phase and there could be a time when a breakthrough market will make smartwatches a must have. They could become a device that finally fulfils mainstream requirements. However, we should be aware that there are products that remain niche products and eventually fade away, such as netbooks. In order to make smartwatches more popular, manufacturers need to deal with specific needs.

In this case, consumers shouldn’t worry about missing important text, emails and calls; so smartwatches should be reliable. Smartwatches could actually give users a peace of mind. They don’t need to hold their smartphones too often, so they shouldn’t be worried over losing them. With smartwatches, people will remain contactable, because they may not hear the dimmed noise of their smartphones ringing in the pocket. There would be fewer needs to check the display frequently and we should be able to fit digital lifestyle into our daily routine. In reality, prefect smartwatch may never exist, but people could have different requirements. Some could prefer minimally-featured smartwatch that looks fashionable. Others could prefer full digital features with colourful display.

Obviously, there are other factors that we need to consider. Durability, functionality and reliability are things that can’t be negotiated. A smartwatch should have maximum appeal and the whole segment should be fully satisfied. With proper designs and concepts, some smartwatches nicely hit the sweet spot. Smartwatches are becoming more appealing and the market is constantly growing. There are different individual preferences and there should be a room for independent watch maker. More and more sophisticated models will appear in the market and people would find the whole market is truly appealing. It is an inescapable fact that smartwatches will remain become a part of the digital market.